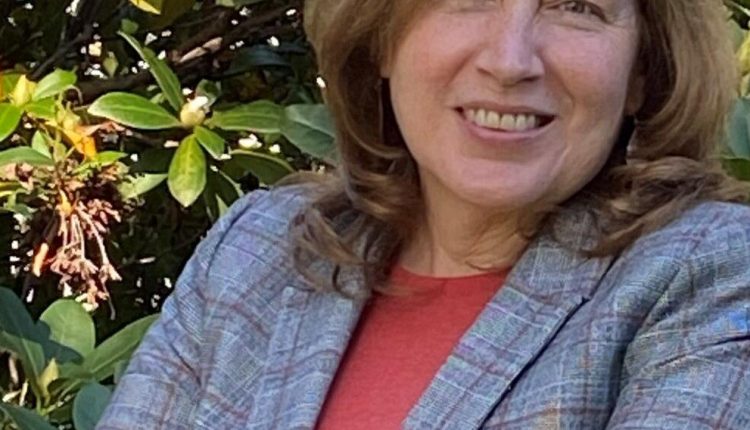 SALEM — Patricia “Patti” Morsillo will be the fourth woman to serve as the Salem City Council president in six years, picking up a unanimous nod from the body after one-on-one lobbying generally never heard about in public.

The vote to make Morsillo president will take place Monday, Jan. 3, during the city’s inaugural exercises, which are being held remotely. Generally, the nomination of a president is followed by a unanimous vote and zero discussion, showing the body was on the same page without a public discussion ever happening.

This year, however, it went public, escalating into a feud centering on Councilor-at-large Domingo Dominguez’ perceived right to the seat and exposing many to the unspoken rules of City Council presidency for the first time.

“I’ve been on the council for 14 years. Sometimes it has been more than one person that wanted it, sometimes it’s two,” said Bob McCarthy, a seven-term Ward 1 councilor and the member with the highest seniority, making him the “dean,” an honorary title with no real duties. “Some years it’s easy. Some years, it isn’t. This year… I have no comment really. I had my conversation with both of them.”

The dispute in Salem hinges on an unwritten rule understood by those in Salem’s political scene for perhaps decades. Each year, the City Council must choose a president, and typically — with “all things equal,” McCarthy said — the body would look to the longest-serving person who has not held the seat.

In 2022, that’s Dominguez, who has served four years without being president. The actual longest-serving person, McCarthy, held the position in 2020, putting him at the back of the list with the four single-term councilors ahead of him.

Morsillo is one of those four councilors. Having served only one two-year term, she would tie with Ty Hapworth, Conrad Prosniewski and Megan Riccardi, who also each have served two years without being president.

Dominguez also says conversations that played out a year ago left him with the understanding that he’d have the job in 2022.

“It was between me and Christine Madore, and we met, and at the end, me and her came to an agreement that she’d be the president this year and I’m going to try next year,” Dominguez said.

Madore held the job in 2021, running all but one City Council meeting — the final one of the year — remotely. She denied that Dominguez’ version of events were accurate but declined comment otherwise.

“I was next in line, and we’ve had a tradition … that the senior councilor — whoever hasn’t served and wanted to be president — has the chance to be the president,” Dominguez said. “This year, for many reasons — so many reasons they gave me — they want to break that tradition.”

Things don’t play out so simply each time, according to McCarthy. While the tradition is unwritten, “if you want to get technical, the rule is the City Council shall elect a president,’ because you need somebody to lead the group,” McCarthy said.

“Sometimes it’s just as simple as one person steps up and wants it, lobbies for the votes, gets the votes behind the scenes, and everyone comes to agreement behind that person,” McCarthy said. The conversations are always one-on-one and can play out as early as August on mid-term years.

Chats are private, not done in groups

That’s said because, were enough sworn-in councilors to discuss the same topic together in a group, if that group is a majority of any committee or city body, it must be a publicly posted meeting with an agenda and public access. Otherwise, it’s an Open Meeting Law violation.

But in this case, “it’s a phone conversation, or an in-person conversation,” McCarthy said. “The limited conversations I’ve always had about it have always been one-on-one.”

Similarly, the body then also lines up committee assignments and liaison duties, and is able to poll each member for their interests, without breaking Open Meeting Law, McCarthy said.

“The city clerk puts out what we call a ‘wish list,'” McCarthy said. “Each member of the council … gets a packet from the clerk which basically is their wish for which committees they’d like to sit on or chair if they so choose.”

From there, the to-be president — Morsillo in this case — sorts “through those wish lists and comes up with committee assignments and liaisons,” McCarthy said.

“Everyone doesn’t get what they wish for if you have multiple people who want to be liaisons to the X Y Z boards,” McCarthy said. “You choose more than one, so if you can’t give them their first choice, you try to give them their second.”

Dominguez said he will be voting for Morsillo as president on Jan. 3 when the body organizes at 10 a.m. in a virtually held inaugural celebration swearing in the new council.

“I wanted to be president,” Dominguez said. “I’ll support Patti this time. I’ll support everyone, because I want unity in the body, and I want the people of Salem to see a unified City Council working on behalf of them.”

While the situation was still being settled, supporters of Dominguez began to lobby for his case publicly. That includes Steve Kapantais, a vocal resident and Ward 5 City Council candidate who was often seen last year as in alignment with Dominguez and mayoral challenger Steve Dibble.

As the situation hit its peak, a rally started organizing to support Dominguez outside of the Community Life Center, where the inauguration was to be held before it was moved to remote-only due to the ongoing spread of COVID-19.

“There was a group of people who started to pass around an email for a rally in support of Domingo being president,” Kapantais said. “He said people can do what they want. He’s not pushing they have a rally, and after he came to an agreement about what would happen, he said, ‘I don’t think it’s a good idea to have a rally.'”

To that end, “the process worked it’s way out before the vote,” Kapantais said. “We have a unified council, and I think what’s most important here is we have an 11-0 vote, because it shows the councilors are willing to compromise and work with each other on all kinds of issues. And that’s what we have.”

Dominguez is also looking to 2023, the second year of his third two-year term.

“I’m willing to sacrifice my intentions to the residents at this time, to let it go, but I will try next year again,” Dominguez said. “I’m the second senior one on the Council. I have the knowledge, and I have the experience to be president of the City Council, and I think I can bring new leadership to city government.”

43 Cooking Basics You Should Finally Learn In 2022