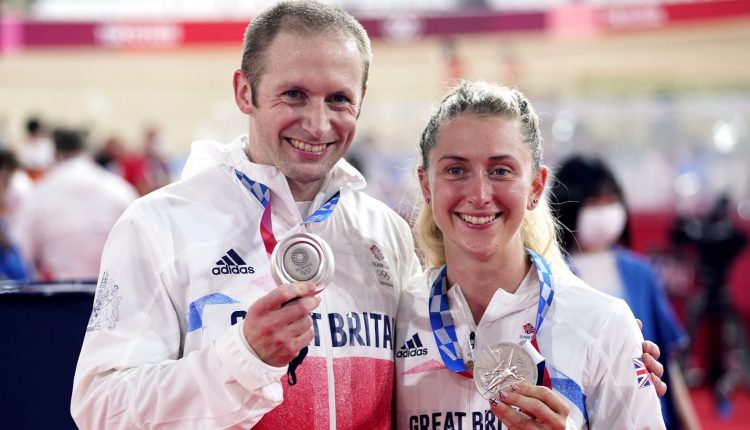 Olympic cycling champions Jason and Laura Kenny have been awarded a knighthood and damehood respectively in the Queen’s New Year Honours list, while Emma Raducanu added one more prize to her 2021 collection.

Jason, 33, won his seventh gold medal at Tokyo 2020 to make him the most successful British Olympian of all time, while his wife Laura, 29, became the first British woman to win a gold medal at three consecutive Olympics.

Teenage British tennis champion Emma Raducanu is made an MBE after she ended Britain’s 44-year wait for a women’s Grand Slam singles champion with a remarkable victory at the US Open in September.

Raducanu said: “It makes me immensely proud and grateful to be listed to receive an MBE from Her Majesty the Queen. This year has been full of amazing surprises for me so to end 2021 with this appointment is very special.” 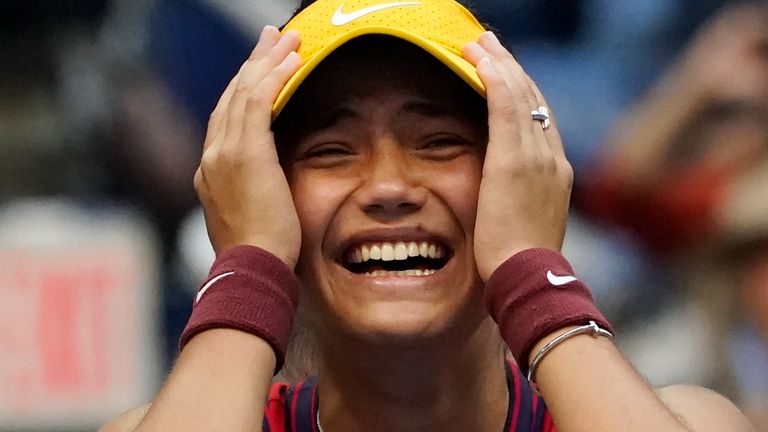 Please use Chrome browser for a more accessible video player

Britain’s Olympic and Paralympic stars feature prominently on the honour’s list, with Tom Daley made an OBE for services to diving, LGBTQ+ rights and charity after the 27-year-old won his first Olympic title at his fourth Games.

Matty Lee receives an MBE after teaming up with Daly to win the synchronised 10m platform.

Adam Peaty is awarded an OBE after becoming the first British swimmer to retain an Olympic title with gold in the 100m breaststroke in Japan.

Others made an OBE are Adam Peaty after becoming the first British swimmer to retain an Olympic title with gold in the 100m breaststroke and gymnast Max Whitlock, who retained his pommel horse title to land the third Olympic gold medal of his career.

Hannah Mills also becomes an OBE for services to sailing and the environment, with her 470 class sailing gold medal-winning team-mate in Tokyo, Eilidh McIntyre, given an MBE.

The 49er gold medal-winning pairing of Stuart Bithell and Dylan Fletcher-Scott have also been awarded MBEs.

Track cycling star Matt Walls has been awarded an MBE following his omnium gold, while Beth Shriever and Charlotte Worthington receive the same honour after their gold medals in the BMX racing and freestyle respectively.

Eight-time Paralympic gold medallist Jody Cundy is awarded a CBE for services to cycling after he became the first British man to medal at seven consecutive games.

Swimmers Reece Dunn and Maisie Summers-Newton, cyclists Jaco van Gass and Ben Watson, triathlete Lauren Steadman and athletes Owen Miller and Thomas Young are among the other Paralympic gold medallists to be made MBEs.

In football, Steve Holland, the assistant manager of the England men’s team, receives an MBE after helping the side reach the final of the Euros, their first major international showpiece since 1966.

Chelsea Women manager Emma Hayes has been awarded an OBE after helping the Blues retain their Women’s Super League title in 2021 and reach the Champions League final.

Elsewhere, six-time World Superbike champion Jonathan Rea from Northern Ireland becomes an OBE, while Jamie Jones-Buchanan has been recognised with an MBE for services to rugby league and to the community in Leeds.

Jason and Laura Kenny, who got married after returning from the Rio Olympics in 2016, now have 15 Olympic medals between them.

Jason now has seven gold medals – one more than former team-mate Sir Chris Hoy – and nine medals in total, after adding Keirin gold and team sprint silver in Tokyo to surpass Sir Bradley Wiggins, who has eight in all.

Meanwhile, Laura, who gave birth to son Albie in 2017, recovered from the disappointment of missing out on gold for the first time at the Olympics with team pursuit silver to win gold alongside Katie Archibald in the madison in dominant fashion.

Raducanu beat fellow teenager Leylah Fernandez in a thrilling final to complete a fairytale success at the US Open in New York, which followed a run to the Wimbledon fourth round in July on her Grand Slam main draw debut.

In winning at Flushing Meadows, Raducanu, then 18, set a number of new feats, including becoming the first qualifier in the Open era to win a Grand Slam.

Order of the British Empire, Dame:

Commanders of the Order of the British Empire (CBE):

Order of the British Empire (OBE):

Kadeena Cox, MBE, for services to athletics and cycling (Leeds).

Tom Daley, for services to diving, to LGBTQ+ rights and charity (London).

Bethany Firth, MBE, for services to swimming (Newtown, County Down).

Hannah Mills, MBE, for services to sailing and the environment (Poole, Dorset).

Order of the British Empire (MBE):

Mick Bromby, boxing coach, for services to boxing and the community in Hull.

Kathleen Dawson, for services to swimming and women in sport (Stirling).

Charlotte Henshaw, for services to canoeing (Sutton in Ashfield, Nottinghamshire).

Jamie Jones-Buchanan, for services to rugby league football and the community in Leeds (Leeds).

Erin Kennedy, for services to rowing (Henley on Thames, Oxforshire).

Giedre Rakauskaite, for services to rowing (Henley on Thames, Oxfordshire).

Which Golden Corral Buffet Dish Are You?