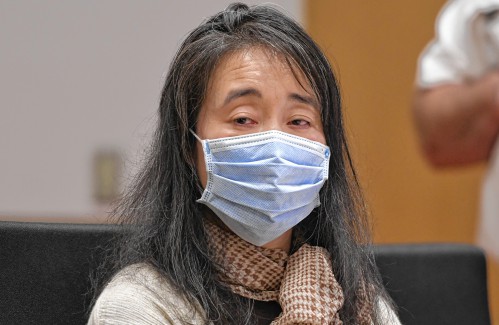 Editor’s note: As part of the Greenfield Recorder’s end-of-the-year features, we are publishing in two parts our choices for the top 10 newsmakers of 2021. Part 1 was in Friday’s edition. They are listed in no particular order.

The Greenfield man who survived an unusual beaver attack in September has permanent scars and limitations from the incident but maintains a positive outlook on life.

Nature lover Mark “Pres” Pieraccini, 73, nearly drowned and required stitches after the presumably rabid beaver attacked him in a remote Franklin County on Sept. 6 as he swam back to his bicycle after admiring the area’s undisturbed beauty from a small, grassy island about 50 yards from shore. The assault left Pieraccini with lacerations from head to toe, chunks of flesh torn from his arms and legs, a fractured finger on his right hand and a lacerated tendon on his left index finger.

“It makes playing a D chord on a guitar very difficult,” he said this week.

Pieraccini, who also sustained significant blood loss, said the beaver bit through his right hand, breaking his thumb in the process. He said his right thumb and index finger are scarred and permanently crooked because they “healed back kind of funny.” He declined to disclose the location of the attack because he does not want people flocking to the area and further disrupting the wildlife there. Though he harbors no hard feelings toward the beaver or wildlife in general, he will always have pause when thinking about going back to that spot.

“I can’t see myself going back there and enjoying it,” he said, adding that he is now very wary about swimming spots near beaver colonies. “I don’t want to have a death battle with a 40-pound rodent on his terms anymore — because you don’t win that fight.”

Pieraccini now theorizes the beaver had been on that island with him, growing more and more territorial due to rabies, and got angry at him.

Despite the injuries, Pieraccini said his fall bicycling season was not affected in any way.

As for the new year, he has one simple message: “feed the animals, feed the birds, adopt dogs, be good to the creatures.”

Rie Hachiyanagi, the Mount Holyoke College professor who admitted using a fire poker, a rock and pruning shears to attack a colleague in the victim’s Leverett home in December 2019, was sentenced to 10 to 12 years behind bars in October.

Hachiyanagi, 50, of South Hadley, pleaded guilty in Franklin County Superior Court last week to three counts of armed assault to murder a person age 60 or older, three counts of assault and battery with a dangerous weapon on a person age 60 or older, and single counts of mayhem, home invasion and entering a dwelling at night for a felony. There was also an armed assault charge and an assault and battery charge related to each weapon Hachiyanagi used in the attack against Lauret Savoy.

She receives 20 months’ credit for time already served since her arrest following the attack. The defendant was sentenced to 10 to 12 years for each armed assault to murder charge and seven to nine years for each assault and battery charge. All these sentences will be served concurrently, meaning simultaneously, as opposed to consecutively, meaning back to back.

Once she is released, Hachiyanagi will be on probation for three years, with conditions that she submit to a GPS device and stay away from the victim and Mount Holyoke College.

Hachiyanagi showed up at Savoy’s home unannounced late on Dec. 23, 2019, and lurked in the shadows until Savoy saw something and called out to determine who was there. Hachiyanagi revealed herself and said she wanted to talk about her feelings. She then viciously beat the victim in a bloody, four-hour attack while telling Savoy that she had loved her for years and that Savoy should have known that.

Savoy suffered bone breaks and a fracture in her face, several stab and puncture wounds, and significant blood loss. Hachiyanagi also straddled Savoy on the floor and punched her repeatedly. Savoy stopped the attack and convinced Hachiyanagi to call 911 after lying about having reciprocating feelings for her.

“My deepest gratitude goes to ADA Matthew Thomas, the prosecutor, for his humanity, integrity, skill and professionalism. He guided me through every facet of the case with kindness. I also give heartfelt thanks to the Massachusetts State Police, Leverett law enforcement, the Victim Witness Advocates and dedicated medical providers who cared for me in the emergency room, hospital and through the intensive period of physical and emotional recovery,” Savoy said. “The loving care of my friends and family, as well as the support of Mount Holyoke College administration and my colleagues, have also been great comforts to me. I am grateful to be alive.”

James T. Hicks pleaded not guilty in Northampton on Aug. 26, 2019, to one count of indecent assault and battery on a person 14 or over and was released on personal recognizance. The case had been transferred from Greenfield District Court. He is set to appear in court again on Feb. 3 for a pre-trial hearing.

On Oct. 29, Hicks was released on personal recognizance after pleading not guilty in Greenfield to three counts of the same charge. He is set to appear in Greenfield District Court again on Jan. 4 for a pre-trial hearing.

According to Laurie Loisel, communication and outreach director with the Northwestern District  Attorney’s Office, her office had initially asked the Worcester County District Attorney’s Office to handle these cases to avoid any conflict of interest, due to the fact that Hicks had worked for three decades in law enforcement in Franklin County.

However, the three newest charges will be tried in Greenfield District Court because Hicks resigned from the Buckland Police Department on Oct. 18. He had retired as chief on Sept. 9 and become an auxiliary officer. He had reportedly been with the department for about 32 years.

Richard Lavigne, the ex-priest Hampden County’s top prosecutor concluded had killed a 13-year-old altar boy in 1972, died on May 21, just days before police planned to arrest him on a murder charge.

The death certificate, obtained from the Greenfield City Clerk’s Office, lists Lavigne’s cause of death as acute hypoxic respiratory failure and COVID-19 pneumonia. He died at Baystate Franklin Medical Center in Greenfield. He was 80.

Lavigne pleaded guilty in 1992 to sexually abusing two boys. Two years later, the Diocese of Springfield paid $1.4 million to settle 17 sex abuse complaints made against him. Lavigne was for years the only suspect in the murder of Danny Croteau, who was found beaten to death, floating in the Chicopee River, in 1972.

On May 24, Hampden District Attorney Anthony Gulluni announced his office had concluded Lavigne was Croteau’s killer, based on new evidence, including a series of interviews with Lavigne in late April and early May.