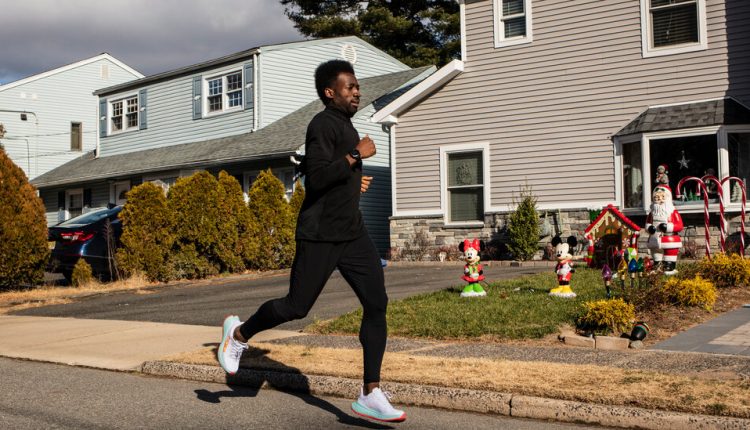 Enduring injury also brought a shift in attitude: Sidibe began to view running as a privilege. As he ran, he thought of the people who couldn’t, whether because of physical limitations, resources or other factors. He began dedicating his runs to various causes. An early race was dedicated to suicide awareness. His next race raised funds for a mother and daughter who were terminally ill.

After planning for more than a year, Sidibe entered 2021 with his next goal: running across the country — in 85 days or less. He planned to donate the money he raised to Soles4Souls, an organization that distributes shoes and clothing to people in need. His social media following had grown to 260,000 YouTube subscribers and 75,000 Instagram followers (now up to 141,000). Torres had quit her full-time job to manage the filming and posting for each account.

As he researched his route, Sidibe learned that if successful, he would be the first Black person to run across the entirety of the United States. He admitted that he was nervous beforehand about running through certain areas of the country. Several encounters, including with a white police officer in the Midwest, had left him shaken.

But he knew that the impact of his potential journey would be worth it. When he was a guest at the Boston Marathon in October, a Black man ran up to him, crying. “I can’t believe that you look like me and are doing this,” the man said. “Seeing someone who looks exactly like me has made me start running.”

On May 24, 84 days and 14 states after beginning his journey in Huntington Beach, Calif., Sidibe crossed the finish line in New York City. A mayoral, firefighter and police escort, along with a large group of runners, accompanied him from Rochelle Park, N.J., where he lives, into Manhattan.

“Being first is honoring, but what you do after is more important,” Sidibe said of the milestone.

He has now been streaking for more than four years. “Someone said to me, ‘There’s no way you ran every day for three years,’” Sidibe said, thinking back to a conversation he had a year ago. “My point is: I’m not special. It’s possible, I just decided to be consistent.”