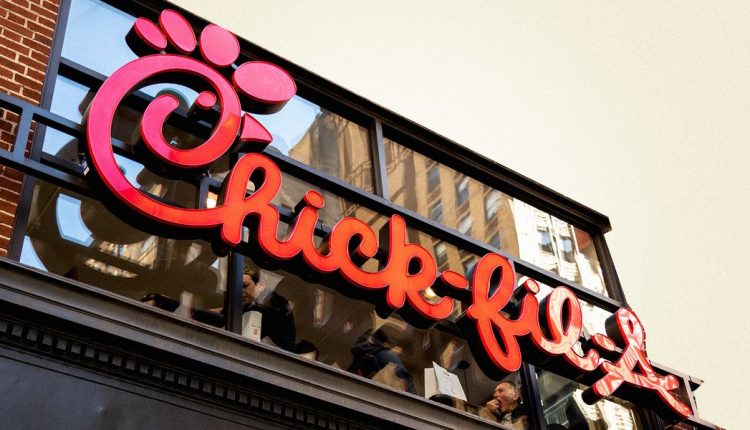 Fool me seventeen times, and what is actually wrong with me?

This week, The Daily Beast reported that a series of Christian billionaires have donated large amounts of money to an organization that is spearheading the derailment of the Equality Act. The organization is called the National Christian Charitable Foundation, and its structure allows for donors to have a hefty say in where their funds go. That say counts as a “suggestion,” according to the report, but when there’s that much money involved, suggestions have a lot of power.

Naturally, the key players are as expected: Betsy DeVos and family, those crafty bigots at Hobby Lobby, and Dan Cathy, the absurdly rich owner of Chick-fil-a. The proposed act, which passed the House of Representatives with a bipartisan majority and is supported by two-thirds of Americans, would protect lesbian, gay, bisexual, and transgender people from discrimination at a federal level.

The Atlanta-based fast food chain Chick-fil-a announced in late 2019 that it would stop making charitable donations to anti-LGBTQ organizations, and to be fair, it did. But the twist is that Cathy didn’t, and that’s a loophole worth gossiping about on Sunday. To say that Cathy isn’t Chick-fil-a and that Chick-fil-a isn’t Cathy is asinine, especially considering America’s recent inability to separate man from business. A man’s product is as good as the man himself.

Beyond that, I don’t have any more words for Chick-fil-a, to be honest, because as Maya Angelou famously said, “When someone shows you who they are, believe them the first time.” I don’t go to Red Lobster looking for Italian food, and I don’t go to Chick-fil-a looking for moral high ground. I don’t care how friendly they are. I don’t care how “good” the chicken is (especially when Popeyes, Zaxby’s, and Raising Cane’s are right there). The people who own Chick-fil-a have an anti-LGBTQ agenda, and that was ingrained in the company for a good long while.

We offer Chick-fil-a pass after pass because of its hollowed out promises to do good. Promises to merge the good word of the Bible with the realities of humanity, which would suggest that it wants to emulate, say, Romans 13:10, which teaches, “Love does no harm to a neighbor, therefore love is the fulfillment of the law.” But let’s be honest. Chick-fil-a is a business that wants money, owned by a man with a hateful agenda, wrapped in the convenient guise of religion. And too many people just want their chicken, without having to question why it might be wrong to eat it.

Top 10 Boston Apartments with No Fee