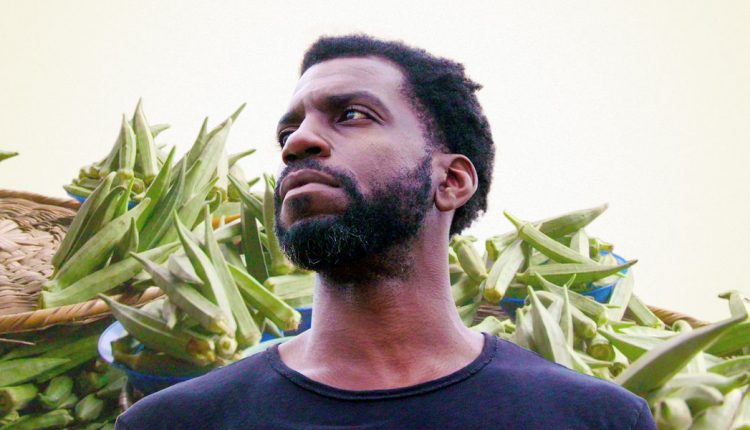 On the streets of the West African country of Benin, Stephen Satterfield meanders slowly. The food writer and Esquire contributor turned documentary host isn’t cautious, so much as he’s reverent, going so far as to walk just a step behind Dr. Jessica B. Harris, whose book High on the Hog, serves as inspiration for Netflix’s new powerful docuseries, High on the Hog: How African American Cuisine Transformed America. She, for this first chapter of this four-part series, is just one of his many guides.

Benin is a poignant place to start Satterfield’s journey because Benin is where much of American culinary history starts. Hand in hand, Harris leads Satterfield through the pulsing Saturday market, from a stand of okra to pallets of yams. She holds one up, longer and thicker than your forearm, and introduces it as a yam, not a sweet potato. She says, “They don’t grow in North America… we’ve always been creative people. What do we do?”

Satterfield says, “We come up with the next best thing,” before adding on, “a sweet potato.”

“A yam,” Satterfield says, with a smile. “So what are you having at Thanksgiving? A candied…” she adds, waiting on his answer. “Sweet potato,” he answers.

These lessons, simplified and personal and direct, are important because what High on the Hog aims to do is to slow food history down, uncovering the particularities that have been lost and buried over the years. As Harris (and her book) points out, it’s African ingredients that created so much of America. Not just the dishes we’ve grown accustomed to on Thanksgiving, but the cities we inhabit. To marvel at American food is to marvel at African American food. Period.

As the docuseries moves forward, the story moves stateside, bringing centuries-old traditions into the present. While myth-busting and food trivia may be delightful highlights in each episode, the moments that resonate most deeply are the personal stories that state history so matter of factly, flipping accepted notions on their heads without explicitly bringing them up. In episode three, the roots of macaroni and cheese are traced to James Hemings, the first American-born, French-trained chef. There’s no justification or debunking needed for a story like Hemings. The point is only that the story be told.

High on the Hog provides an introductory course into how entangled African American culture is with American cuisine in just four episodes. Beyond the history of the food, Satterfield and his many guests along the way begin to unravel African American food history and the arms it has in the sociological, cultural, and historical contexts that often get ignored.

But what makes High on the Hog so revolutionary is that its wisdoms aren’t imparted as teachings, so much as overheard tidbits. Factoids between bites, communicated in a charming docuseries steeped in Black excellence. Paired with Satterfield’s quiet, warm demeanor, one Gullah chef’s reflections on pig’s feet happen to be laden with American slave history. A Texan man’s cowboy stew recipe seemingly cannot be concocted without tinges of Black cowboys’ memories being mentioned. For the unknowing viewer, it’s a crash course into how interwoven America’s culinary culture is with the Black experience. Even for those who may have known some of those details, it resonates as a reminder as powerful as it is casual.

And that is the point. High on the Hog’s four hours are somehow both breezy and information-packed, but if there’s one clear message, it’s that this series is only a fraction of the puzzle. Across Benin and South Carolina and Texas and Virginia, these stories are unearthed not via some text or academic document, but by the revolutionary concept of listening to people whose histories, passed down by mouth and practice, have been ignored in favor of a truncated history. What High on the Hog leaves to the viewer is two questions: why were these histories buried, and which story will you tell moving forward?