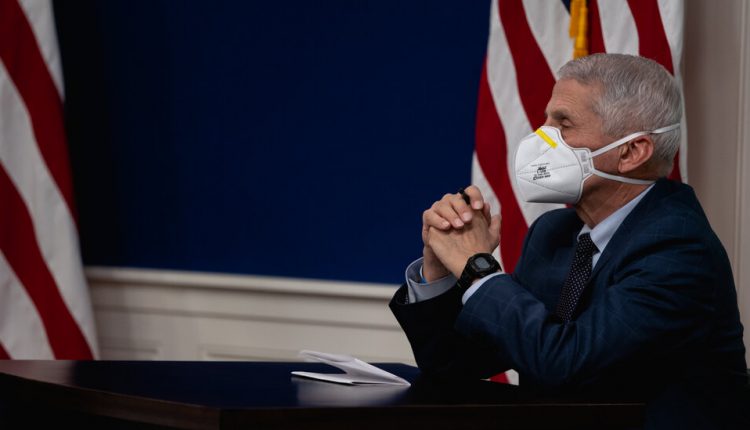 Goldman Sachs told its U.S. employees on Sunday to work from home for the first two weeks of the year, joining Wall Street competitors that had already given similar instructions as coronavirus cases have surged.

Employees who are able to work remotely should do so until Jan. 18 in response to rising infection rates, the investment bank said in an email to employees. The shift in policy came after the Wall Street firm announced new booster and testing requirements last week, but, unlike many of its peers, did not encourage staff to work from home.

Goldman called most workers back to the office in June, and its chief executive, David M. Solomon, is a strong proponent of working in the office. The bank has 43,000 employees, many of whom are based in its Manhattan headquarters.

New York State recorded over 85,000 new coronavirus cases on the last day of 2021, the highest one-day total in the state since the pandemic began. The Omicron variant has prompted big Wall Street companies, which have been eager to bring back workers, to delay those plans.

Before the latest surge, office attendance had remained stubbornly low as bankers staged a quiet revolt: parents are still concerned about passing the virus to their children, suburban dwellers eschew long commutes and many workers have shown that they are able to be productive while working from home.

As workers trickle back, the financial industry, which employs 332,100 people in New York City, may also have to ramp up its vaccine efforts. Eric Adams, who was sworn in as mayor of New York City early Saturday, said he would maintain his predecessor’s private-sector mandate.

Goldman currently requires people entering its buildings to be inoculated, and starting on Feb. 1, it will require a booster for all employees eligible to receive one. It had already announced that starting Jan. 10, staff coming into the office would be tested for the virus twice a week at on-site testing centers, increasing from a current requirement of once a week.

JPMorgan Chase gave staff flexibility to work from home in the first two weeks of the year, but wants them to return to in-office schedules no later than Feb. 1, according to a memo sent to employees last week.

The bank may also amend its policy on vaccinations, which it has not required so far.

“Government-issued vaccine mandates may likely make it difficult or impossible for us to continue to employ unvaccinated employees, so getting the vaccine is very important,” the memo said. The bank may soon also require a booster shot for people entering its buildings.

“We are asking that you work from home for the first few weeks of the new year if you are able to do so,” the bank said in a memo to staff on Thursday. “We will continue to monitor the data and provide an update in January on when we expect to be back in the office.”

That guidance applied to employees in more than 30 offices around the country who had been called back since September. Employees in New York City and New Jersey were already given the option to work from home in the final weeks of the year.

Wells Fargo has postponed its return to the office, while corporate employees at Bank of America, Morgan Stanley and Deutsche Bank were given more leeway to work remotely over the holidays.

Bear markets and a truth about investing

Manchester City and Puma To Launch ‘93:20’ NFTs By CoinQuora