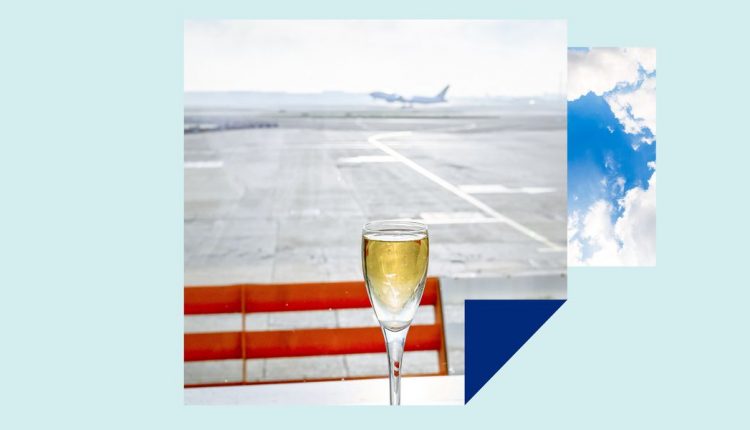 The Esquire Editorial Board Endorses: The Airport Bar

In our summer issue, we’ve celebrated twenty-seven places that are comfortable, cozy, and calming, with crafty cocktails, eclectic wine lists, deft bartenders, and innovative snacks that keep you coming back. If that’s what you’re looking for, go to any one of those. But what about when you want . . . exactly zero of those things? What about when you wanna go where nobody knows your name?

For this, we endorse the airport bar. Every single one of them. We cannot narrow it down to just one, because we cannot tell them apart—and that’s the point. We are thirsty for a drink in every airport bar we’ve ever visited, and all of the ones we haven’t. After more than a year in which air travel has been on hold, a stool that’s been bolted to the floor underneath a departures screen feels as exotic as any Greek island. The airport bar suggests motion, possibility, adventure. Dammit, we want those things back.

There are no locals at the airport bar, no old Jimmy who’s been slinging their drinks since the seventies and knows their secrets. There is only you, bobbing in a sea of faces that were completely different an hour ago and will be completely different an hour from now. There is only a bartender working an hourly rate, plus tips, for some gruesome food-service conglomerate. She has one question for you, and the answer is yes: Let’s make it a double for just three dollars more. The souls who gather at the Chili’s Too in Terminal C will never be together in this configuration again. It’s irresponsible not to join them!

This article appears in the Summer 2021 issue of Esquire.
subscribe

So you will. You will ask the guy in the corporate-logo polo to move his shoulder bag so you can scooch in. You will have a thirteen-dollar pour of grocery-store wine, in a sturdy wedding-venue glass, served to you at the temperature of a bisque. You will peruse that laminated menu, and you will go for those potato-chip nachos—who are you kidding? You will hear “Absolutely (Story of a Girl)” by Nine Days, and you will know contentment.

Maybe you’ve just said goodbye to a parent or a dog. Possibly you’re antsy for what awaits you on a beach or at a corporate retreat. Perhaps a best man’s speech is in your future. Almost certainly you’ve been in a security line behind an adult who is just now learning the rules about liquids. In other words, you’re feeling emotionally suggestible. At this moment, the airport bar becomes everyone’s local.

As in international waters, our laws do not apply at the airport bar, and we refer specifically to the laws that govern the appropriate times to drink. We have been in airports at all hours—noon and midnight, 6:00 p.m. and 6:00 a.m., you know the hours—and we have never not seen at least one person nursing a beer. Yet the sight is never pathetic. It’s 5:00 p.m. on someone’s internal clock, and all judgments are in the cargo hold, where they belong.

The airport bar is at its most magical when storm systems disrupt flight plans, when delays pile on top of delays and the realization that you’re stranded hits you harder than that Absolut Peppar Bloody Mary. Stay put and watch your fellow travelers get day drunk. Thrill as their “Hey, bartender” move evolves from a polite wave to a full-on modern dance. Or just talk. Strangers become friends in those lonely, well-lit hours, then they board their respective planes and become strangers again forever. Nobody promises to keep in touch. There is beauty in that.

Our destination can wait. Before we get there, won’t you meet us at the airport bar? We know someone who can make it a double for just three dollars more.

This has been Esquire Endorses.