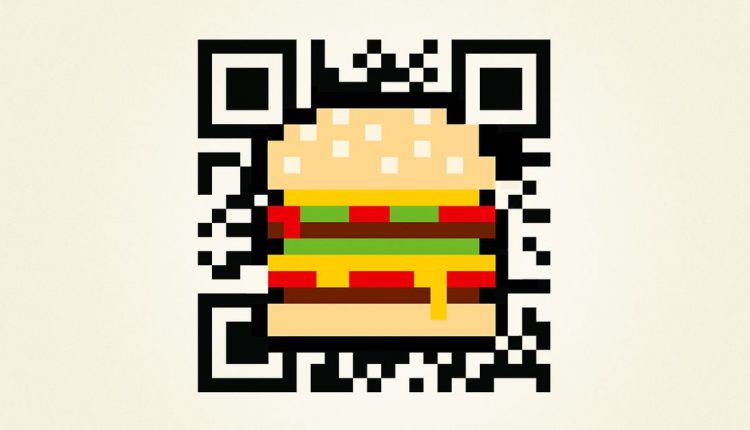 Why QR Code Menus at Restaurants Will Stay After Pandemic

In recent weeks, the restaurant dining experience has mostly returned to its pre-pandemic form. Plastic barriers between tables have been removed, capacity limitations lifted, and staff have even begun shedding masks. It’s beginning to feel a lot like normal. But still, a pandemic-era relic remains, and it’s one that might be a permanent fixture in the industry, too. The QR code menu is everywhere—and for a tiny square of paper taped to a table, it sure is divisive.

“I can’t stand these things. Don’t want to print menus? Get a blackboard,” writes one Twitter user. “The start and end of this conversation should be accessibility and classism,” writes another. “Not everyone has a smart phone, not everyone can even navigate their way through QR codes. At LEAST put the menu SOMEWHERE in the restaurant so people can see it, even if it’s only in one spot.” But folks on the other side of the debate have publicly hashed out their opinions, too. “Here’s my case for licking subway poles,” wrote one user, mocking a Slate writer who penned an impassioned piece in favor of physical menus this week.

What is this little square people have so much to say about, anyway? The QR code menu is a, well, code, made up of black and white boxes that you scan with your phone’s camera and click the link that pops up, which then takes you to the restaurant’s website or a PDF of their menu. They’ve been around for a while, but gained popularity during the pandemic in order to prevent restaurants from having to sanitize their menus between customers, as “touchless” experiences became paramount in any public activity. But as vaccination rates continue to rise and we know that Covid is unlikely to spread via surfaces, will they stick around? People have a lot to say about that.

A scene we’ve all grown accustomed to.

There’s a plethora of reasons to feel strongly against QR code menus. For starters, many people—who surely make their mothers proud—believe mealtime should be screen-free quality time with family and friends. People dislike zooming in to read, navigating downloads on their mobile devices through mazes of phone applications, and toggling between separate drink and food menus. QR codes come with inevitable technical difficulties—broken links, pages not loading, online security risks. There is also a more serious accessibility barrier for older patrons who are less likely to have smartphones with scanning capabilities or know how to use them. And of course, not everyone has a smartphone or internet access on their device in the first place.

But while physical menus can be artful and simplistic, they can also be laminated and greasy. Unless they’re single-use, which, in that case, QR code menus can reduce waste and costs at restaurants that would otherwise print frequently. Digital menus can also be updated easily, so daily specials and changes can be communicated to patrons without verbal amendments. Print menus don’t always mean better readability, either—speaking as someone whose mother both wears reading glasses and uses her phone as a flashlight in a restaurant with mood lightning. Some software even allows patrons to pay for their meal through the link, which can be convenient if you have Apple Pay. (And inconvenient if you have to type your credit card into a mobile webpage.)

But it’s not like we aren’t used to reading and typing on our phones. “People have been loving the ease of access,” Scott Selman, head of marketing of Titan Hospitality Group in the D.C. area, told Digital Trends. “For many of our patrons, it’s an experience they continue to talk about.”

In this strange, midsummer night’s dream transition period, we are both fatigued by screens that have ruled our pandemic but also anxious about sustained periods of real-life social interaction. Many of us are vaccinated and still carrying around mini drugstore hand sanitizers. We are so traumatized from a year of reclusiveness and fear that we are arguing online about QR code menus online instead of just being thankful we don’t have to bake bread and attend Zoom happy hours anymore. The restaurant industry has dealt with plenty of whiplash in Covid guidance by the government, so maybe after watching our favorite spots fall like dominos, we should just support them regardless of how they’re presenting their menus right now.

According to Jack Serfass, CEO of food and beverage software company Uptown Network, the future is digital and more sustainable. “I don’t think paper menus are coming back,” he told Digital Trends. “Post-pandemic, I think we will see more tablet menus with guests having a choice of a sanitized tablet or their phone.” Restaurants should, of course, always have a couple paper copies on hand in case of need. But sanitization practices are not a thing of the past quite yet, either.

So complain all you want. But next time you do, think about a Cheesecake Factory employee painstakingly sanitizing each page of that novella-length menu by hand. And then tip generously.

Lauren Kranc
Lauren Kranc is an assistant editor at Esquire, where she runs the brand’s social media accounts and covers pop culture and television, with entirely too narrow an expertise on true crime shows.

21 Ridiculously Cool Things That Are Normal In Other Countries, While Americans Don't Even Know They Exist