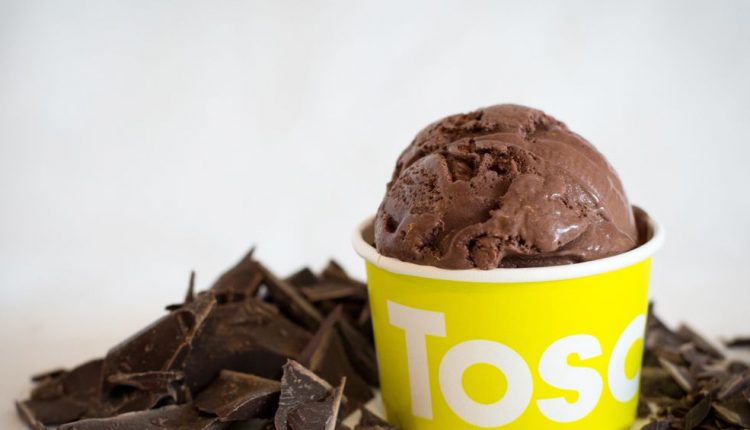 Winter is here; COVID-19 numbers are surging in Massachusetts and beyond, and a vaccine mandate for indoor activities, including dining, is starting soon in Boston, with other local communities expected to follow suit. Issues with the supply chain (a phrase some would like to see banished) continue. Labor shortages continue. Still, new restaurants are managing to open, and diners are eager to welcome the latest arrivals to the Boston-area dining scene.

Updated weekly, this roundup highlights notable winter restaurant openings and reopenings in Boston and nearby. (Know of a new restaurant that should be on Eater Boston’s radar? Get in touch here.)

Health experts consider dining out to be a high-risk activity for the unvaccinated; it may pose a risk for the vaccinated, especially in areas with substantial COVID transmission.

January 3, 2022: The return of an ice cream icon in Cambridge’s Central Square, the debut of a three-story Mexican restaurant and tequila bar in Kendall Square, and more

In Boston’s Theatre District, Abby Lane has completed its transformation into Nashville-themed restaurant, bar, and music venue Nash Bar & Stage (253 Tremont St., Boston); the same team as Abby Lane, including chef and restaurateur Jason Santos (Buttermilk & Bourbon, Citrus & Salt), is behind it. Nash Bar & Stage held some preview events in December and a party on New Year’s Eve, but it’s not quite open for regular service yet; January 7 is the target date. More info to come when it opens fully, but for now, keep an eye on social media for updates, and get ready to eat “nashty” nachos, a crunchy chicken skin BLT, and pulled pork sliders with boozy cake shakes and cotton candy mimosas.

Meanwhile in Dorchester, longtime Trinidadian gem Singh’s Roti Shop has moved down the road to a slightly larger space. It reopened in December at 554 Columbia Rd., right across from the Strand Theatre. In addition to roti, the doubles and the house-made hot sauce are a must. Online ordering is available.

With three floors full of tacos and margaritas — and one of those floors includes a roof deck with fire pits — Mex Taqueria & Bar (500 Technology Sq., Cambridge) opened in Kendall Square in late December. Eric Quadrino and Delio Susi, part of the team behind the new Mexican restaurant, are also behind two Kendall Square Italian restaurants, Sulmona and Amelia’s, With David Zimel, they opened Mexcito, a Mexican street food joint, in 2020 (also in Kendall Square), and now the trio is bringing tacos and more to the neighborhood on a larger scale at Mex, which is currently open for dinner Monday through Saturday — and tailor-made for private events in its various spaces. On the menu: plenty of tacos, including lamb barbacoa, octopus chorizo, and birria; charred street corn on or off the cob; spicy short rib empanadas; ceviche; and more; not to mention an extensive tequila list.

Over in Harvard Square, Wusong Road (112 Mt. Auburn St., Cambridge) has begun to open in the former Les Sablons space with a limited menu, but expect a fuller opening later this winter. For now, the tiki bar portion of the restaurant is partially operating, with the roast duck portion still to come — watch the restaurant’s Instagram account for updates on hours and other details, and stay tuned here on Eater for an inside look at the new restaurant, coming soon. Wusong Road comes from Menton alum Jason Doo and Thomas Brush of Felipe’s Taqueria, and as Doo previously told Eater, it’s “essentially a love story of American Chinese restaurants.” (Doo’s family owned a Chinese restaurant in Malden, and he grew up in Cambridge.)

And in Central Square’s Lafayette Square, ice cream icon Toscanini’s has made its triumphant return to its original space at 899 Main St. after four years, following the redevelopment of the building into the boutique hotel 907 Main. “Same beloved space, same small-batch ice cream,” says the popular shop, “but this time with a selfie wall!” It’s currently operating from noon to 11 p.m. Wednesday through Sunday. The nearby location that opened in the meantime — 159 First St. in East Cambridge, near the mall — will remain in operation as well. Find hours and other information about each location on Toscanini’s website, and note that online ordering for pickup is available at the First Street location only.

Also in Central Square, bubble tea chain Möge Tee opened in December at 605 Massachusetts Ave. With nearly 400 locations worldwide, Möge serves cheese foam teas and other teas, with some locations also offering desserts like dorayaki and souffles. Keep up with the Cambridge location on social media. Elsewhere in Massachusetts, there are Möge outposts in Allston, Quincy, Lynnfield, Dedham, and Amherst.

In the works since summer 2018, a poke bar called Waikiki is finally up and running at the former Johnny D’s site in Davis Square (17 Holland St., Somerville). Open for lunch and dinner seven days a week, the new restaurant serves fruit teas and slushes, milk teas, juices and smoothies, and a variety of poke and salad bowls as well as sushi rolls. Online ordering is available.