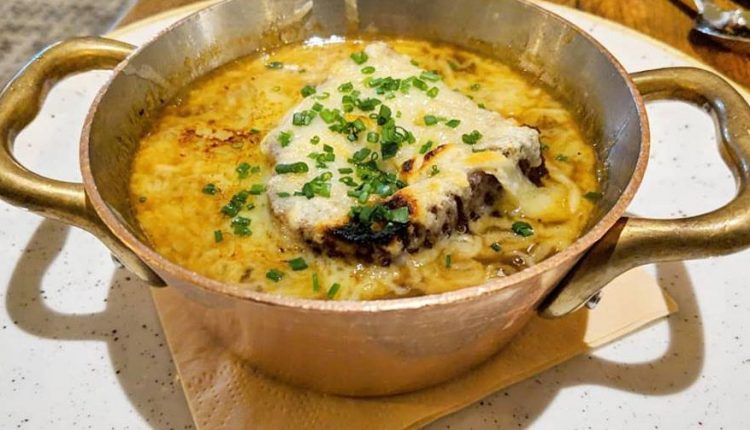 Below, find notes on the restaurants that have bid the Boston area farewell this season (and those that have announced a closing date but have not yet closed), including a French restaurant in Boston’s South End, Vietnamese restaurants in Dorchester and the Financial District, and more. This roundup will be updated weekly throughout the season.

January 5, 2022: French in the South End, Vietnamese in Dorchester, and more

In the South End, excellent French restaurant Bar Lyon — which highlighted Lyonnaise cuisine — has closed after about three years; though young, it gained a lot of fans quickly for its relatively affordable menu and somewhat more casual vibe than its big siblings in the Columbus Hospitality Group, including Mistral and Mooo. In particular, dishes like the French onion soup and duck frites will be missed.

“After much thought and consideration by our team, it is with a heavy heart that we share that Bar Lyon will be closing its doors after dinner service this Friday, December 31st,” the restaurant shared on social media. “We are so appreciative of all of our guests and the South End community who have offered their support to us over the years.”

Dorchester saw the closure of beloved Vietnamese restaurant Anh Hong in Fields Corner at the end of December, although owners Dino and Victoria Nguyen are reportedly hoping to reopen elsewhere near Fields Corner later this year under the same name. The closure was the result of a landlord-tenant dispute, according to Dorchester Reporter. The restaurant had operated for over 20 years, with the Nguyens at the helm for the past six. It was a good place to eat dishes like bun rieu; steamed whole sea bass with ginger and scallions; rare beef in lime juice salad; and bò 7 món, a seven-course beef combo meant to serve two.

“We regret to inform you that Anh Hong Restaurant is closed permanently,” the restaurant posted on social media. “Thank you for being a valuable customer and always supporting us for all these years.”

In South Boston, as reported in the fall, Coppersmith will close on January 16, so there’s a little bit of time left to visit; reservations are available online.

From the Columbus Hospitality Group (see Bar Lyon note above), Tuscan-inspired restaurant L’Andana closed on January 1 after 14 years in business. The group is renovating and rebranding it into another location of their upscale steakhouse Mooo, targeting an early spring 2022 opening. (The original Mooo on Beacon Hill is being joined soon by a location in Boston’s Seaport District, too.)

Near Tufts, the decades-old Espresso Pizza announced its closure on December 21; current owner Patty Moore is retiring after “nine great but long and exhausting years.” Her brother Anthony Salvato Jr. bought the pizzeria in the 1970s, and Moore took over after his death in 2010 “to keep his legacy alive.”

Longtime Somerville restaurant Pini’s Pizzeria is moving from Magoun Square to take over the Espresso space.

The Assembly Row location of Neapolitan-style pizza chain Midici, which opened in early 2018, has closed; operators Sean and Sue Olson are rebranding it into their own independent restaurant, Salt & Stone, which could open as soon as February 2022. This was the first New England location of Midici, a Los Angeles-based chain that also operated a location at Dorchester’s South Bay development for a time. The chain has described itself as “fast-fine,” offering speedy counter-service pizza alongside beer and wine and an ambiance a bit more akin to a full-service restaurant.

On January 4, the management of Molti on Moody (formerly Moody’s) and Pollo Club announced that both restaurants had closed: “It is with heavy hearts that we announce that [the restaurants] will be closing their doors effective immediately. Along with the entire restaurant community, COVID-19 has had a direct impact on our businesses and we have made the difficult decision not to reopen after a challenging several years. We want to thank our amazing team and our wonderful community who have been so supportive through the years. Both Molti on Moody and the Pollo Club were special additions to the Waltham dining scene and we are proud of what we created for the neighborhood and our guests. If you have a neighborhood restaurant that you enjoy, please visit and show them some business during these challenging times.”

Moody’s Delicatessen & Provisions first debuted in 2013 to much acclaim, later adding an adjacent wine bar, the Backroom, and a Mexican restaurant, El Rincon de Moody’s. In 2019, management shifted following the departure of founder and chef Joshua Smith, and the remaining Moody’s team eventually rebranded the delicatessen into Molti on Moody and El Rincon into Pollo Club. Molti continued to serve deli classics as well as grab-and-go salads, pizza, and more, with full-service dining continuing in the Backroom space, while Pollo Club featured fried chicken sandwiches.