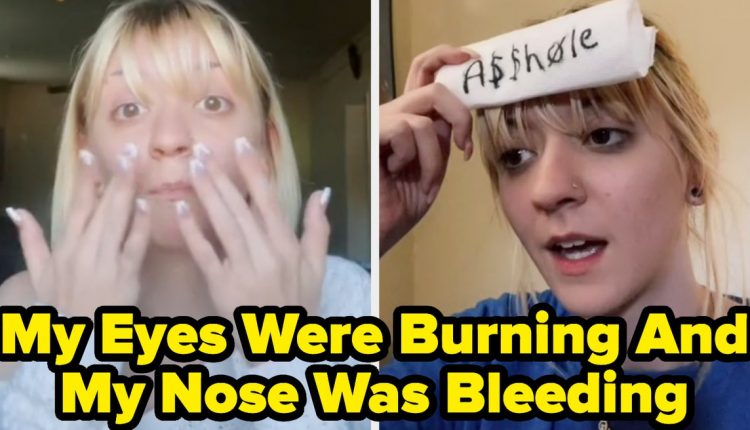 “‘The customer is always right’ is just a corporate way of saying, ‘just give them what they want.'”

Jannelle, who goes by Nelly, has been a manager at a Temple, Texas restaurant named Sol De Jalisco for a little over a year.

However, an unfortunate situation she had with an angry customer recently went viral on TikTok with over nine million views:

To get more information about what exactly happened, BuzzFeed spoke to Nelly.

“A woman called to complain about her plastic lid melting into her hot soup. She refused and ignored all offers for refunds and replacements. I asked her to please not yell or curse at me and I could help her with anything she needed, which made her angrier. She said, ‘You haven’t seen attitude yet and I will talk to you any way I fucking want.’ I told her, ‘No ma’am, you will not’ and I hung up,” Nelly explained.

The woman called again and Nelly asked her to hold while she finished checking out her current customer. But, the woman hung up and came into the restaurant a short time later. “She continued to argue, yell, and curse (in front of a full dining room of families) which is when I told her I would call the police,” she said. Nelly pulled out her cell phone but then decided to put it away because she wanted to resolve the issue with the woman without having to involve authorities.

It was then that the woman threw the whole cup of soup in Nelly’s face. “I was in shock. It took a second to process what had just happened. One second I was talking and the next I was blinded. Then I could feel the warmth and the oiliness of the soup,” she said, adding that the soup was hot, but not hot enough to burn her skin.

“The spices from our soup definitely affected me more than anything. It really felt like I had just been pepper sprayed. My eyes were burning, my nose was bleeding. At first I thought the nose bleed was from my nose ring, but then I got a second nose bleed later on that night and it was in both of my nostrils.”

Employees of fast-food chains deal with irate customers both inside the restaurant and in the drive-thru.

And when these instances do happen, often times the employee gets in trouble — not the customer who was in the wrong.

The lack of care and concern employers have for their employees is actually driving people to quit the service industry altogether.

Fortunately, in Nelly’s case, the woman who threw the soup was banned from the restaurant and Nelly was treated with the empathy she deserved. “My boss was so supportive, called and texted to make sure I was OK daily, and offered me any time off I needed. The woman was arrested, I think about a week later. This won’t go to court for maybe a year or two, but I’m just glad she’s facing the consequences of her actions.”

Nelly hopes the people who see this video realize just how difficult it can be to work in the service industry. “‘The customer is always right’ is just a corporate way of saying, ‘just give them what they want.’ It’s shocking sometimes. These are not children who need to be coddled and babied. These are grown adults. The customer does not need to be right to get what they want. They just need to ask! Preferably politely instead of throwing a tantrum.”

Get all the best Tasty recipes in your inbox! Sign up for the Tasty newsletter today!

Curry House in Brookline Has Closed

The Ginger Man Space in Downtown Boston Is for Lease

Soldier who went missing during Korean War accounted for –…

MBTA tweeted every repair it made during the Orange Line…