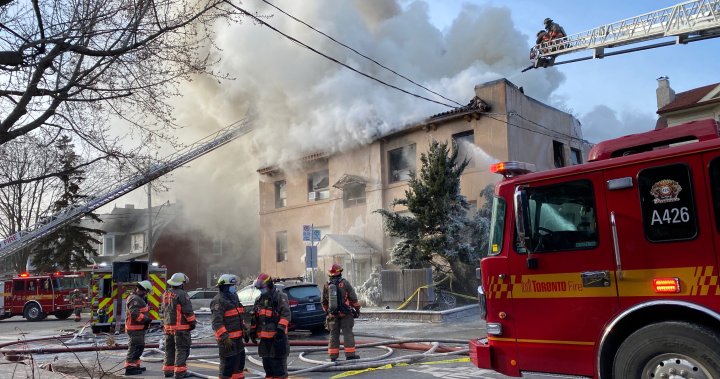 A four-alarm fire in Toronto’s west end sent four residents to hospital, one of them in life-threatening condition, Saturday morning.

A Toronto Fire spokesperson told Global News that crews received the call at around 6:15 a.m. for a fire at a three-storey apartment building at the intersection of Shaw and Leeds streets, just north of Bloor Street West.

Woman in her 60s dies after house fire in Scarborough

Toronto police tweeted that black smoke and flames were seen coming from the roof of the apartment building.

At this time, the cause of the fire is unknown.

Both the TTC and the Canadian Red Cross were called to assist with providing shelter, police said, and roads in the area were closed for the investigation. 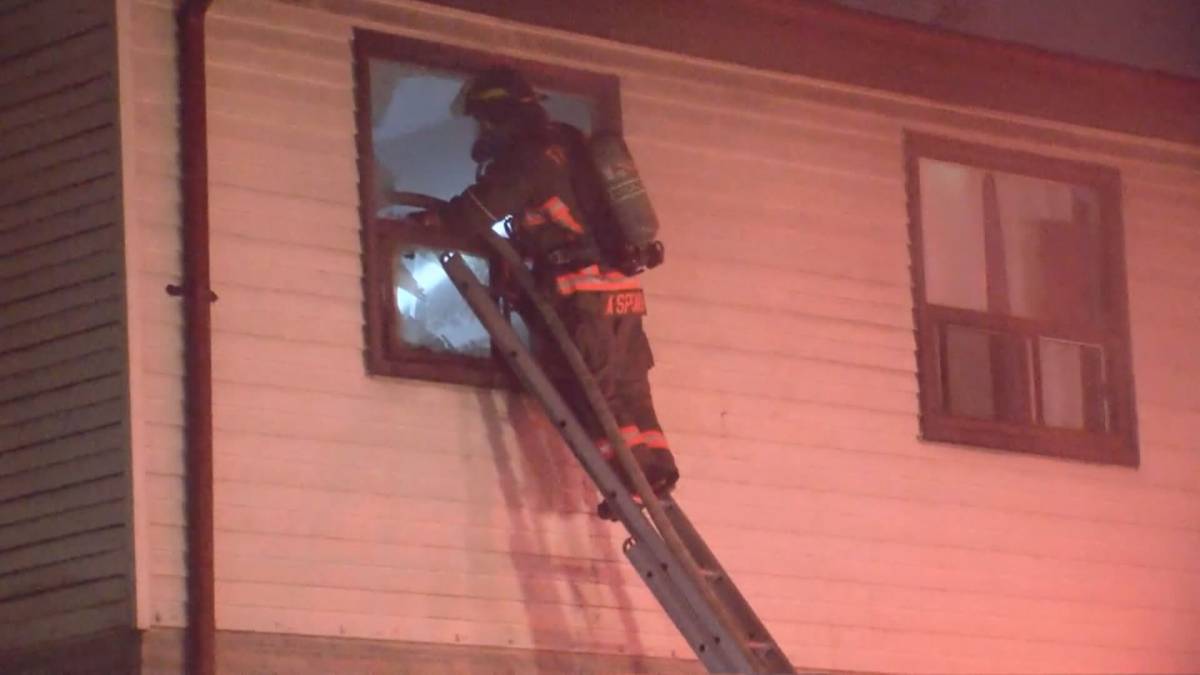