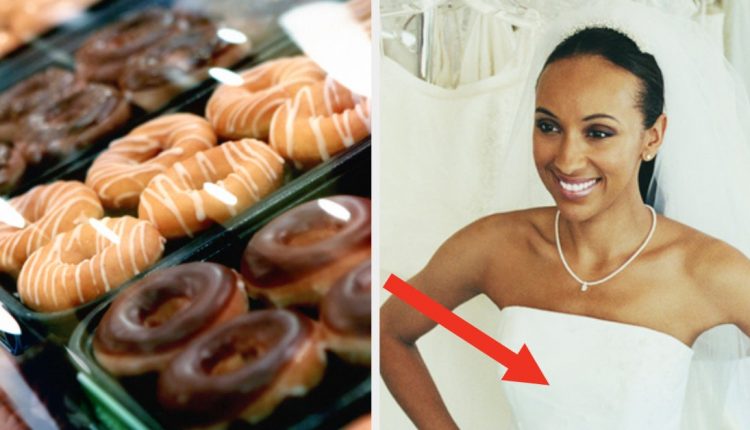 And finally, “I worked at a popular clothing store in 2008. Sales associates were called ‘models.’ There was a look policy and a bunch of books for managers to look at pictures of people who had ‘the look.’ Managers basically got promoted based on their ability to recruit attractive employees. Associates who were not as attractive could work in the back and be part of the Impact Team.”

“Every few months or so, the top five attractive girls and the top five attractive guys would get together for a ‘cast of photo.’ I have no clue what the point of this was, but it got sent to corporate. I remember a lot of hurt feelings around this because many people wouldn’t be asked to be in it. The store did not sell any black clothing at that time. Associates could not wear eye makeup, lipstick, blush, or nail polish. If you had any of these on, a manager could send you home or ask you to take it off in the back. Everything needed to be folded to perfection, and the message I got was that making the store look nice came before customer service.

The previous CEO has been gone for a long time, and it’s totally different now. They rebranded to be more like other fast fashion chains. I don’t think a store could survive like that in 2022; some of the practices were so controversial.”

It's Freaky, But We Totally Know Your Dream Job Based On Your A-Z Food Preferences