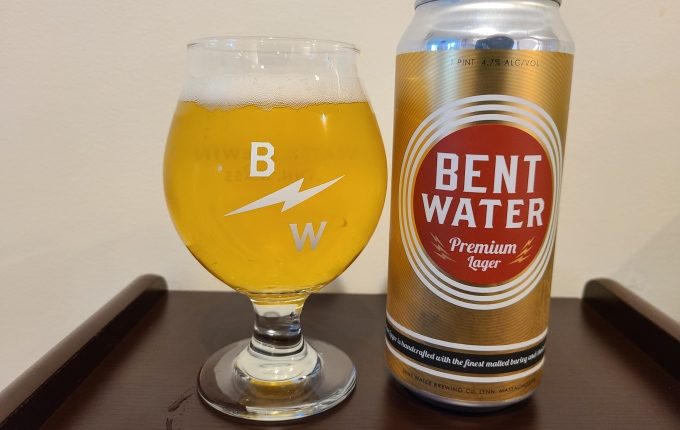 I was intending to publish this overview of the best beers I reviewed in 2021 at the beginning of the month, but then my appendix decided to rupture and put me in the hospital for a few days, followed by a slow but steady recovery. Now I am mostly back to health and ready to start a new year at Hoppy Boston. Here is list of the 21 best beers I reviewed in 2021, ranked as a countdown to my beer of the year. Astute readers might notice a few things about this years list especially compared to a similar list from last year. First, it’s a little IPA heavy, which is a coincidence but something I try not to do, as much as I love IPAs I like to highlight a variety of styles. Also, it contains many to the beers I reviewed this year. This is because I wrote less this year, life is pretty busy, and Hoppy Boston took a bit of a back seat, so I focused my reviews on the best beers I had sampled. I hope to write a lot more this year (barring any new medical issues), and I hope to present a much more diverse list of beer styles at this time next year. Without further ado, here are the best beers I reviewed in 2021, let me know what you think!

21. Bent Water Premium Lager: Breweries are making a big push towards more easy-drinking and approachable but still full flavored pale lagers, and this is an excellent example.

20. Exhibit A Market Gap: There has been a bit of a push-back against the dominance of NEIPAs in the local market, with many breweries adding American IPAs, cleaner beers with a little bitter bite, to their menus. This is a prime example, and hopefully a beer Exhibit A revisits in the future.

19. Proclamation 42: Proclamation had a rough year with the sudden passing of one of their founders, but the continues to pump out consistently high quality beer, including this juicy NEIPA.

17. Idle Hands Bluma: I love Maibock’s in the spring, they feature rich flavor, great balance and easy drinkability. Idle Hands has been making a plethora of stellar lagers recently and this is a great example, it hits all the notes you expect in the style.

15. Schilling Konstantin: Schilling specializes in traditional beer styles from continental Europe, which often includes some niche beer styles that aren’t made by many American brewers. This Austrian-style Marzen is similar to the German style, but a little lighter with a slightly drier finish.

14. Bent Water Blast Off: This 5th Anniversary beer from the Lynn brewery is one of their best releases, loaded with fruity hop flavor and aroma.

13. Bunker Brewing Nitro Oatmeal Stout: More craft stouts on nitro please! I know it takes some extra work/equipment to package beers on nitro, but it is worth it for the creamy mouthfeel.

12. Maine Beer Co. Wolfe’s Neck IPA: Just what you expect in a Maine Beer Co. IPA, plenty of hop flavor in a clean, easy-drinking and precise beer. This will scratch the itch for any lover of hops.

11. Tilted Barn Waterlemon Cay: It is no surprise that hop-heads have been making the trip to Rhode Island to seek out Tilted Barn’s hoppy beers. This DIPA has all of the hops you could want while remaining dangerously drinkable for a big beer.

10. Tree House Juli-ish: A lower ABV version of the very popular Tree House flagship beer Julius, you get all of the hop aroma and flavor with a lighter body, easy-drinking without tasting watered down.

9. Exhibit A Educator: Dunkles Bock is an underrated style, and this is an excellent example. Rich roasted malts in a smooth and easy-drinking beer.

8. Mast Landing Backflips: Mast Landing’s new brewery in Freeport is an extremely convenient stop on the way up to my family’s house in Maine, so I imagine I will be stopping there on a fairly regular basis. That is especially true if they keep making beers like Backflips, a juicy NEIPA with a more moderate ABV than many beers of the style, perfect for a summer day by the lake.

7. Battery Steele Roving Jewel: A NEIPA bursting with fruity hops, plus a think and creamy mouthfeel from a dose of oats in the grain bill and a subtle sweetness from a small addition of lactose.

6. Notch Biere D’Alsace: French pilsner isn’t a substyle I was very familiar with, but I implicitly trust Notch to make quality beers, and this was no exception. Perfect blend of flavors in a light and clean lager.

5. Burlington Uncanny Valley: Everything you want in a NEIPA, tons of tropical fruit flavor and aroma, smooth and approachable, just enough balance to keep you coming back for more.

4. Tilted Barn Tupelo: Huge malt flavor and incredibly easy drinking for a big imperial stout. It is impressive that a brewery known for their IPAs also makes stellar beers in other styles.

3. Amory’s Tomb/Lost Shoe/Time and Materials The Advancement of Interests: A collaboration between three up-and-coming stars in the local beer scene, this Belgian strong ale is a perfect mix of flavors. They also released some barrel-aged variants that are worth seeking out!

2. Amory’s Tomb Barrel Aged Saison Ella: Yes, the Maynard brewery takes two of my top three spots this year. This barrel-aged farmhouse ale is amazing, complex with new flavors in each sip but it all comes together in a delicious and refreshing beer.

1. Tree House Doubleganger: Tree House makes a ton of different DIPAs but my favorite has always been Haze, one of their originals. This year Haze has been just slightly surpassed by Doubleganger, an absolute hop monster that remains easy drinking even with the high ABV and saturation-level hop flavor.

That is it for 2021, I’m ready to move onto new beers in 2022. As always, thanks for following the blog and liking/sharing/commenting on social media. Feel free to send along any suggestions of beers I need to try and review in the coming year!

People Are Split Over Whether These "Foodie Words" Are Trendy Or Cringe, And I'm Torn Over Several