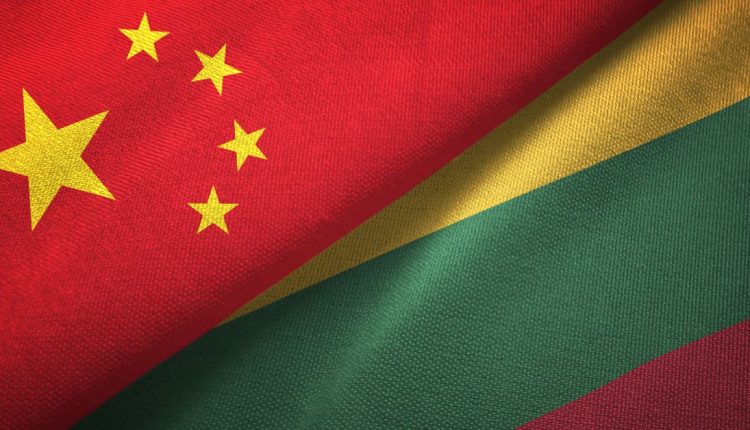 Press play to listen to this article

Europe has given China a diplomatic nudge to drop its trade embargo against Lithuania but Beijing knows that there’s little immediate prospect of hard retaliation from Brussels.

The European Union on Thursday said it would take Beijing’s blockade of Lithuanian goods to the World Trade Organization. China has reacted angrily to Vilnius’ decision to deepen diplomatic ties with Taiwan and has blocked goods not only from Lithuania but from companies from other EU countries that use Lithuanian components.

As a diplomatic gesture, the EU’s move is significant as Brussels is formally calling out China for acting illegally while Beijing has not even admitted stopping goods at ports. Most critically, the move to the WTO shows that, in technical terms at least, the EU is prepared to object to China undermining the integrity of the European single market and to protest that an attack on one EU member country over political principle represents an attack on the whole trade bloc.

“The EU is determined to act as one and act fast against measures in breach of WTO rules, which threaten the integrity of our Single Market. We are in parallel pursuing our diplomatic efforts to deescalate the situation,” EU Trade Commissioner Valdis Dombrovskis said after launching the case.

Europe is currently designing a so-called anti-coercion instrument to hit back at exactly the sort of tactics China is using against Vilnius but that could take years to come into force. In the meantime, proving economic coercion at the WTO is a complicated and risky process that could drag out over several years.

The first step Beijing and Brussels are likely to enter into is consultations, where the two parties try to settle the dispute through dialogue. If China agrees to consult with the EU, talks can run over 60 days, after which Brussels can take Beijing to court if the matter isn’t settled. But there’s no cap on those 60 days, meaning that both parties theoretically could continue consulting at the WTO for as long as they want.

“The first stage of WTO consultations is explicitly intended to provide space for resolving a dispute. Only if this fails will WTO members move to the next stage of requesting a panel,” Dombrovskis said.

If that doesn’t work, everything becomes much more complex. The EU would have to press to move the case to a panel, where WTO judges rule on a dispute. WTO panels are supposed to deliberate for six to nine months, but in practice, they take closer to a year. Then, either side could appeal the decision — not with the WTO’s paralyzed Appellate Body, but in an alternative appeals court, which both the EU and China signed up to. The appeal would take three to four more months, meaning that the entire process could take around a year and a half.

A fundamental problem is that international trade rules aren’t designed to deal with economic coercion, and proving it can be legally precarious. The WTO, with its rigid procedures and laws that require a heavy burden of proof, isn’t agile enough for countries to react to asymmetric and hybrid economic coercion. This is precisely why Brussels is moving forward with its anti-coercion instrument, but it won’t be in time for Lithuanian traders.

“It is a proper legal tribunal,” said Hosuk Lee-Makiyama, who directs the European Centre for International Political Economy, a Brussels-based think tank. “‘I feel coerced’ is not a legal argument.”

Jeffrey Wilson, of the Perth USAsia Centre, an Australian think tank, also stressed the legal ambiguity. “PRC [the People’s Republic of China] has deployed ‘gray-zone’ bans on Lithuanian goods, which are notoriously difficult to prove in trade court,” he said.

And Beijing could have the upper hand, in legal terms. Even if the EU’s case were solid enough in terms of proof, Beijing might still be able to win the dispute — for instance by invoking national security grounds — which would be a major embarrassment for Brussels. “If you bring this case, China is most likely to make two arguments: One is the national security exception, and the second line of defense of China will be on public morale,” Lee-Makiyama said.

“This situation has further underlined the need to equip ourselves with the right tools to respond when the EU and its member states are the target of deliberate economic pressure. This is why I urge EU Member States and the European Parliament to fast-track the work on the anti-coercion instrument, which we presented in December 2021,” Dombrovskis said.

Beijing seemed unsurprisingly content with the WTO route. “As members of the WTO, China and the EU have consistently maintained communications in the WTO dispute resolution mechanism,” Chinese Ministry of Commerce spokesperson Gao Feng told reporters.

“I would stress that China has always managed its external trade in compliance with WTO rules. We will handle the relevant question with reference to the relevant rules of the WTO,” Gao added.

Beijing denies any political involvement in what it says is businesses’ own preference against trading with Lithuania.

As always, Foreign Ministry spokesman Zhao Lijian pushed the rhetoric a little harder and said on Thursday that the EU should not allow Lithuania to “hijack” relations with China.

This article is part of POLITICO’s premium policy service Pro Trade. From transatlantic trade wars to the U.K.’s future trading relationship with the EU and rest of the world, Pro Trade gives you the insight you need to plan your next move. Email [email protected] for a complimentary trial.