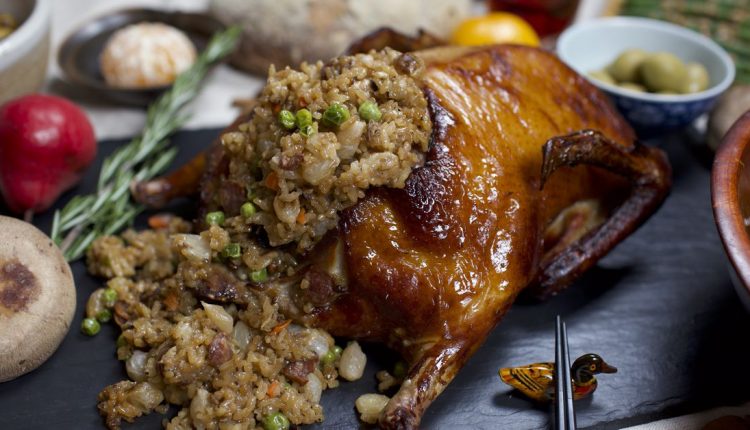 The Lunar New Year starts on February 1 this year, celebrated by millions worldwide. It’s an important and festive holiday for numerous East Asian and Southeast Asian communities, and while traditions differ from one to the next, there are common themes of good fortune, prosperity, and other hopes for the new year — and there are plenty of special foods to eat, of course.

Below, find a sampling of special dishes and menus at restaurants and bakeries in and around Boston, with many of the offerings available from late January into early February.

It’s also a great time to give Boston’s Chinatown restaurants some extra support; the neighborhood took a major financial hit earlier than most in the first weeks of the pandemic thanks to a combination of travel bans, misinformation, and racism. A year later, businesses were still suffering; last year’s Lunar New Year saw a much quieter neighborhood than usual. Hopefully 2022 will be the year that everything turns back around. Of course, pandemic challenges continue to plague restaurants citywide (and beyond), but takeout and delivery are widely available for those who aren’t dining indoors yet. Here are some excellent restaurants to visit in Chinatown, and here are some of the neighborhood’s best bakeries.

Beyond food, stop by the Chinese New Year flower market in Chinatown through January 31 to pick up flowers and other celebratory accoutrements for the New Year; it runs 9 a.m. to 6 p.m. daily at 681-683 Washington St., Boston. Plus, there’s the annual Chinese New Year parade, which starts at 11 a.m. on February 13 in Phillips Square (1 Harrison Ave., Boston) in Chinatown. Stick around for the Chinese New Year cultural village following the parade; it’ll be up and running until 3 p.m. by the China Trade Building (2 Boylston St., Boston) with lantern-making, dancing, and other crafts and entertainment.

Boston’s other major Lunar New Year celebration is Tết in Boston, taking place on February 6 at the Black Falcon Cruise Terminal (1 Black Falcon Ave., Boston) in the Seaport District. It’s the annual Vietnamese Lunar New Year festival and includes food vendors, performances, and more. Buy a ticket online for $1 or pay $2 at the door (cash only).

The international bubble tea chain — which has local stores in Dorchester, Allston, Malden, Quincy, and beyond — is distributing traditional Chinese red envelopes to customers with purchase of any three drinks from January 30 through February 1. Some of the envelopes, which represent prosperity and good luck, contain offers such as discounts on drinks or free toppings, and there’s a chance to win a year of free Gong Cha.

The macaron shop had a Lunar New Year box presale earlier in the month, but a few individual macarons remain; find them in the characters section of the online store for local pickup, delivery, and shipping. As of press time, lucky kitties (black sesame), red lanterns (sweet red bean), and tigers (pandan) remain in stock.

Pre-order Mei Mei dumplings, Small & Sweet cupcakes, or both to pick up at outdoor gear store Arc’teryx’s Lunar New Year celebration on January 30. (There’ll be “other surprises in store,” too.) Mei Mei will be onsite from noon to 6 p.m. and Small & Sweet will be there from 1 to 3 p.m.

Mimi’s, the dumpling-and-more pop-up that is currently in residency at Artifact’s Cambridge taproom, has a Lunar New Year meal kit available for preorder and pickup at Artifact on February 1, starting at 4:30 p.m. The three-course meal — available for two people ($61) or four ($116) — is ready in about 30 minutes, with minimal prep. On the menu: shiitake and scallion longevity noodles; mochiko lemon pepper half chicken; and butter mochi with matcha creme anglaise. And there’s Artifact cider included, too — a mixed four-pack of limited release Groove Steady and Red Field. Pre-order online.

Pagu is featuring a big takeout feast that feeds four ($299) for pickup at the restaurant on January 30, between 2 and 5 p.m.; there’s also a Lexington pickup option on January 29, between 2 and 3 p.m. The star of the show is the whole Pekin duck stuffed with sticky rice with Taiwanese sausage, but there’s also Taiwanese beef noodle soup, grandma’s Taiwanese-style rice cakes, umami XO green beans, and adzuki mochi a la plantxa. Pre-order online.

The mochi doughnut sibling of Allston’s popular Kimchipapi Kitchen is featuring a special doughnut, white tiger, in celebration of Lunar New Year — white chocolate with gold leaf. Find it at the shop (which is located inside the Super 88) from January 29 through February 1.

Show this Facebook post to the cashier to get 10% off any purchase on February 1. The shop serves fruit teas, brown sugar pearl lattes, and other tea-based beverages.

Health experts consider dining out to be a high-risk activity for the unvaccinated; it may pose a risk for the vaccinated, especially in areas with substantial COVID transmission. Note that as of January 15, 2022, restaurants in the city of Boston are required to check for proof of vaccination for customers dining indoors.

See details in the takeout section above.

The South End restaurant is featuring a special Lunar New Year menu from January 31 through February 2, including dishes such as longevity noodles with shrimp; steamed whole fish; tiger-striped shishito peppers; and more. It’s all available a la carte, or feed two for $100 with one of each special (five dishes) and white or brown rice. Reserve online.

From January 31 through February 6, the casino restaurant is offering a prix fixe Lunar New Year menu (in addition to its regular menu) for two ($180), four ($360), or six ($540). The menu starts with a variety of appetizers, including sliced five-spice duck; crispy shrimp and taro roll; braised, sliced beef shank; and more. Then there’s braised fish maw soup with wolf berries, followed by several entrees, including braised pork knuckles with sea moss and golden oysters; steamed fresh loup de mer with ginger, scallion, and soya broth; and more. And dessert includes several dishes, too, such as chrysanthemum jelly cake. Reserve online.

See details in the takeout section above.

Hosted by Urban Hearth staff members Ali Garvin and Tong Lee, who celebrate Lunar New Year with their families, this February 1 dinner is a family-style menu inspired by traditional holiday recipes from China, Korea, and Vietnam, including a 10-vegetable pickle amuse, various dumplings, Korean short ribs, and more, as well as special cocktails. Customers will leave with traditional red envelopes as well as a staff-made zine that includes recipes, descriptions of holiday traditions, and more. $65/person; reserve online (indoor and outdoor options available).

62% in Mass. in favor of U.S. history MCAS testing

Security stepped up after homeless man found sleeping in…