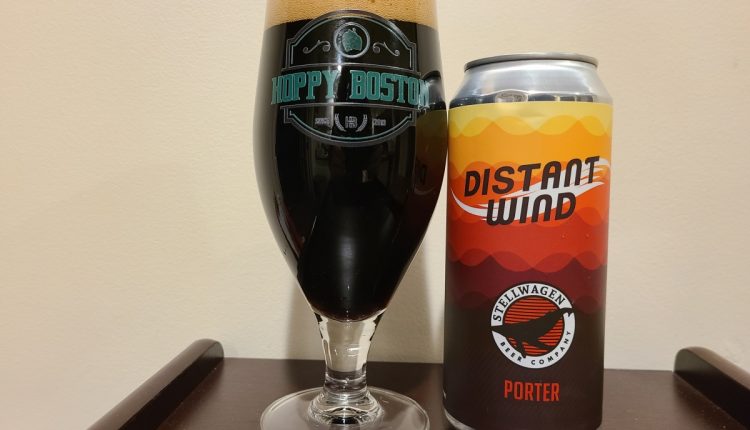 One of my favorite beer styles, especially during the cold months of winter, are porters. Originally brewed in London and named for it’s popularity with street and river porters, this dark beer showcases roasted malts along with a noticeable dose of hops. Along with many other traditional British styles, porter was a staple of the burgeoning American craft beer scene in the 80’s and 90’s, but has fallen to the wayside a bit due to the obsession with the extreme flavors of IPAs, pastry/boozy stouts and sours. It feels like the tide is starting to turn, and many breweries are complementing their IPAs with more balanced beers including lager styles and dark beers like porter. I have been excited to see a number of new-to-me porters pop up on shelves this fall and winter. One great example is Distant Wind from Stellwagen Beer Company in Marshfield. Stellwagen is a perfect example of a brewery that is well known for their hoppy beers and are now branching out a bit. Stellwagen Distant Wind is available on a rotating basis on draft and in 16 oz cans.

Stellwagen Distant Wind pours near-black with a solid tan head. The aroma features some rich roasted malt along with a hint of floral hops. The flavor is malt-forward, notes of dark chocolate, toffee and black licorice. This is balanced by noticeable hop character, touches of grass and herbs along with some late bitter bite. Distant Wind is medium bodied, easy drinking and not overly boozy at 5.8% ABV. The finish is crisp with just a little lingering malt flavor. This is a really nice porter, perfect for keeping warm on a chilly winter night. Hoppy Boston score: 4.25/5.