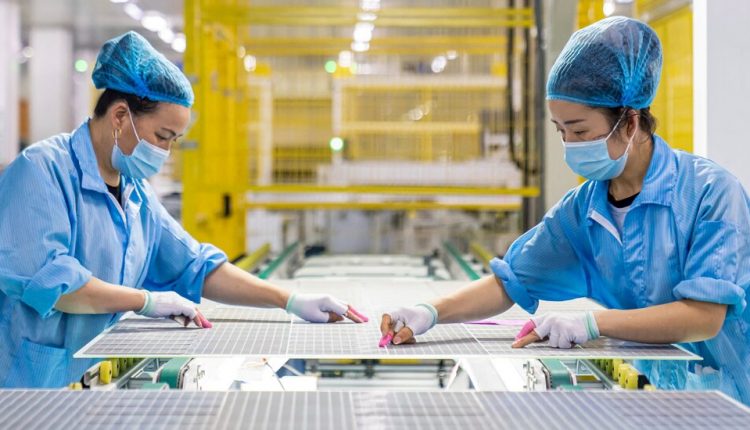 Mr. Biden has pledged to cut U.S. emissions at least 52 percent below 2005 levels by the end of this decade, and the administration is counting on solar power to play a significant role in reducing emissions from electricity production. A recent Energy Department report found that solar energy could provide up to 40 percent of the nation’s electricity by 2035, compared with its current 4 percent.

But much of the world’s supply of solar panels comes from China, which has spent heavily on industrial subsidies to support its industry.

According to estimates by Wood MacKenzie, a consultancy business for global energy, China dominates all stages of the solar supply chain, producing between 60 and 80 percent of the world’s polysilicon, wafers, crystalline silicon cells and solar modules.

A White House statement said that the tariff decision was “a significant step forward in the President’s comprehensive effort to rebuild a strong North American solar supply chain that will help create good jobs, reduce our dependence on foreign suppliers, and meet the President’s ambitious clean energy and climate goals.”

“We’ve been consulting with all sectors of the solar industry, and they all agree that the Section 201 tariffs are not — on their own — going to bring back solar cell production or grow module production to a point where it can supply U.S. needs,” the statement said, referring to the provision of the Trade Act that allows the United States to impose tariffs.

In February 2018, former President Donald J. Trump followed the recommendation of the International Trade Commission, an independent panel that reviews trade cases, in imposing tariffs on crystalline silicon photovoltaic cells to help protect the domestic industry. The tariffs would start at 30 percent, and then decline by five percentage points each year over the course of four years.

Those tariffs were set to expire this month. But several manufacturers, including Auxin Solar, Suniva, Hanwha Q CELLS USA, LG Electronics and Mission Solar Energy, petitioned to extend the levies, arguing they were still needed to support the domestic industry.

In November, the members of the International Trade Commission recommended extending the tariffs, saying that the measures had helped domestic producers but that they continued “to be necessary to prevent or remedy serious injury to the U.S. industry.”

Sure, We'll Give You A Sneak Peek Of Your Future Home, But You Have To Eat A Rainbow Of Foods First