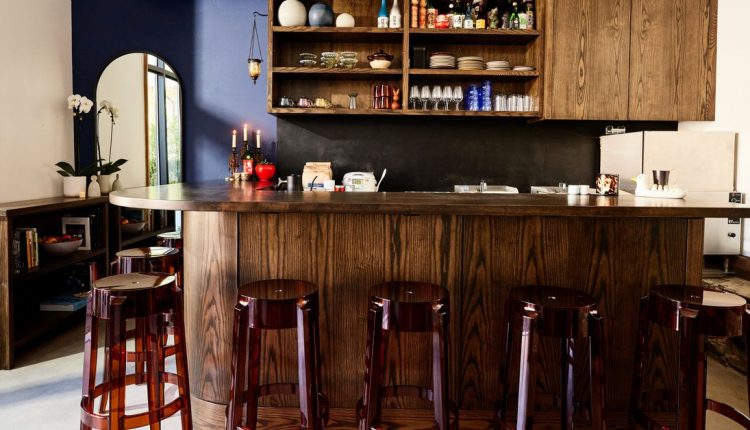 Boston’s First Sake Bar, the Koji Club, Opens at the Speedway in Brighton

“We want to reintroduce you to sake in a different way,” says Alyssa Mikiko DiPasquale, who is opening the Koji Club — the city’s first dedicated sake bar — on February 10, 2022, at the new Speedway marketplace in Brighton. It’s a brick-and-mortar version of a virtual sake club that DiPasquale launched earlier in the pandemic — and the culmination of a dream she’s had for a very long time.

“I use the word ‘reintroduction’ a lot because that’s exactly what it is,” she says. A lot of people blindly order sake, seeing it just as a sushi companion or something you automatically order when you go to a Japanese restaurant, she says, but DiPasquale wants to showcase the huge range of sake available and help people try something new and find their favorites.

DiPasquale, whose journey into sake education began during her long tenure at high-end sushi destination O Ya, is certified as an Advanced Sake Professional. DiPasquale was a member of the 2013 class of Eater Young Guns, a nationwide recognition honoring young industry up-and-comers; in a follow-up interview with Eater in 2019, she said that sake was “about to have a big, big moment” and that her goal was “representing sake in a way that is more accessible … keeping it fun and about the experience of enjoying sake together is what it’s all about.”

With the opening of the Koji Club, she can take that goal to the next level, whether she’s recommending a bottle for someone to take home and pair with dinner; serving a glass on the disco ball-adorned, heated patio; or teaching a weekly sake class inside the intimate Brighton space. “We’re here for the Boston community to learn more, to go back to their favorite sushi place or to go out in the world or to go to the liquor store and know what they like and explore the category beyond how they currently know it,” says DiPasquale.

In addition to sake, the Koji Club serves a small selection of food. There’s a Japanese curry empanada, for example, a collaboration with forthcoming Speedway vendor Super Bien. Super Bien is a South America-inspired wine bar and grocery store that is a sibling of Buenas, an empanadas-and-more shop at Somerville’s Bow Market. There’s also a cheese plate for one, created in collaboration with the Brookline-based cheese experts at Curds & Co.; Japanese potato chips served with creme fraiche and Island Creek Oysters’s sturgeon caviar; and olives with sesame oil and Edo spice from Cambridge-based Curio Spice Co.. The spice is “like a really high-quality togarashi but it’s got yuzu in it,” says DiPasquale.

“I’m the person who goes to a bar by myself and wants a glass of something and a nosh of something,” says DiPasquale, who designed the compact food menu in a way that complements the sake. “We really wanted to mimic a wine bar vibe,” she says, “so that when you walk into the space you inherently understand what service will be like. We are not a sushi restaurant. We are distinctly a sake bar.” It’s like at New York City’s seminal sake bar Decibel, she says, which has a very limited menu that’s “super complementary to drinking sake.”

Additionally, customers will be able to bring in food from the Speedway’s other vendors, once they open, or other pop-ups and food trucks appearing onsite. (To date, Notch Brewing is open — alcohol understandably cannot be brought between Notch and the Koji Club — and Somerville ice cream shop Tipping Cow has also opened its Speedway location, with the other planned vendors, including the aforementioned Super Bien and the hummus-focused Hummus v’Hummus, expected to open a little later this year.)

Inside, the Koji Club can fit 16, including eight on translucent Charles Ghost stools at the ash wood bar. “It feels a little tavern-y, but dressed up for a date,” says DiPasquale of the cozy space. “I really wanted it to feel like Japan, but I also wanted it to feel like a little jewel box, like a comfortable space where you could enjoy a really delicious glass of sake.” When she first walked into the space, it immediately felt like Old Kyoto, she says, especially the size, which brings to mind noodle bars or a particular gin bar she went to in Kyoto.

Outside, the covered and heated patio area, which has standing tables for a more casual visit, is about the same size as inside. Come warmer weather, it’ll offer a great view of the live music Notch brings to its beer garden across the way.

With the opening of the Koji Club, 2022 just might be the golden year of sake for the Greater Boston area. While there are certainly some local Japanese restaurants and bars that take sake seriously and offer unique selections, the Koji Club is the first spot in the city that is entirely dedicated to serving it, teaching about it, and obsessing over it. And later this year, unrelated to Koji Club, Farthest Star Sake, a sake brewery and taproom, is set to open in Medfield, about 30 miles southwest of Boston. Whatever else 2022 brings, it will at least bring a lot of sake.

To start, the Koji Club will operate from Wednesday through Friday, 5 p.m. to 11 p.m.; Saturday, 12 p.m. to 11 p.m.; and Sunday, ticketed tastings. Hours will likely expand later in the year. Watch for updates on classes, tasting events, and more on the Koji Club’s website and social media.