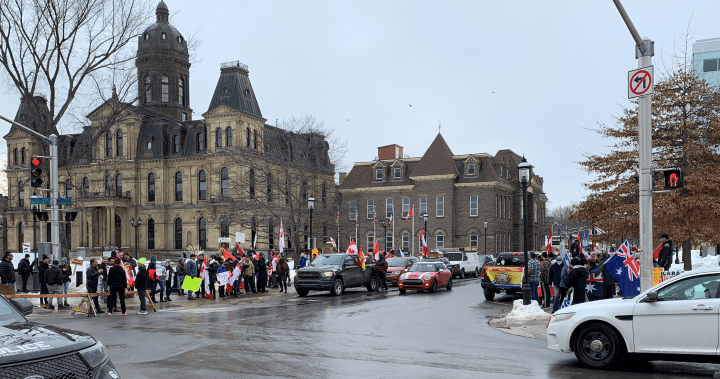 People were gathering outside the New Brunswick legislature in Fredericton Saturday morning, the second day of a protest against COVID-19 mandates.

As of late Saturday morning, a group of about 100 people were outside the legislature while a heavy police presence remained on scene. A convoy of vehicles was expected to arrive in the afternoon.

About 100 or so people here already. Lots of honking and Canadian flags. It’s sprinkled with New Brunswick flags as well. One man shouted “freedom” to a loud cheer. @Global_NB pic.twitter.com/QO40rELMxA

“Our primary responsibility is to ensure the safety and security of everyone and permit peaceful protest activity,” she said.

“There is ongoing dialogue with the organizers. Conversations remain respectful and organizers have agreed to ensure a peaceful and lawful event and remain inside the safe zone.”

Bartlett said officers are anticipating “increased traffic into the city” throughout the day. Queen Street, between the Cenotaph and St. John Street, remains closed to vehicle traffic.

“Some barriers/barricades are being adjusted to provide additional space and to and keep the protest site as safe as possible,” the release said.

“Updates will be provided on traffic disruptions and road closures as necessary.” 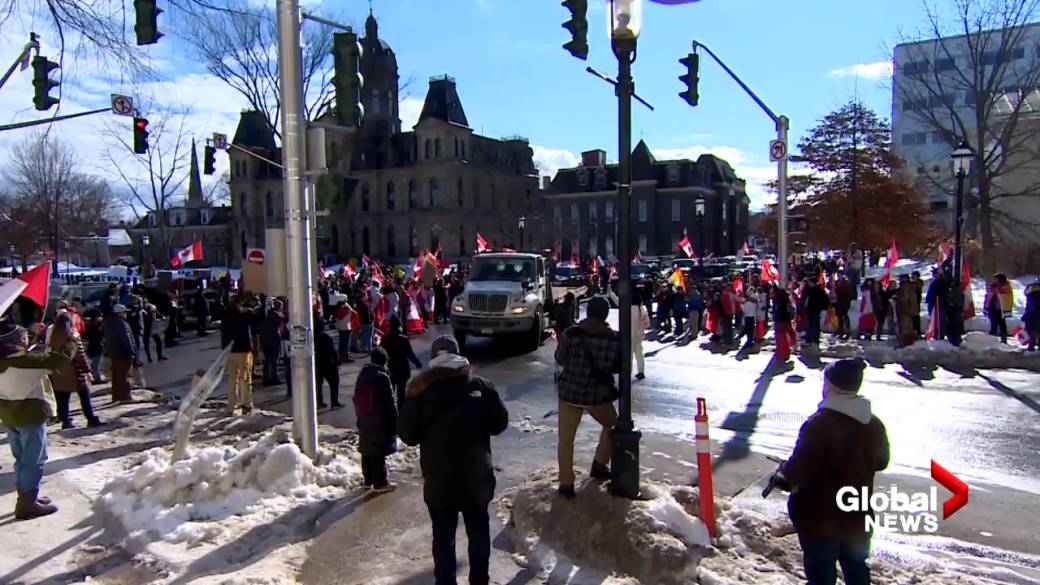 Hundreds gathered in the province’s capital on Friday, honking horns and waving signs and Canada flags, during a convoy-style protest inspired by the trucker demonstrations across the country.

Friday afternoon, Fredericton Deputy Police Chief Martin Gaudet told reporters that there had been no arrests and only about three motor vehicle offences from the events that day.

In Saturday’s release, Bartlett said the police force was “pleased to report” that Friday night was uneventful, with just one ticket issued early in the morning for improper use of a horn, and no criminal code offences.

— with files from The Canadian Press