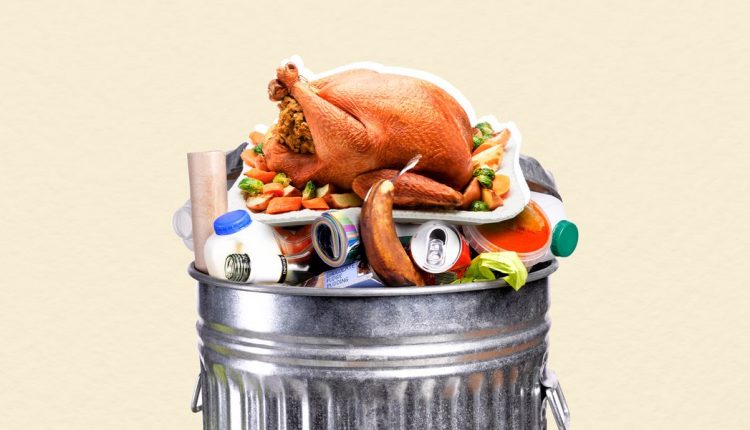 Thanksgiving Turkey Is Bad And Boring. Serve Only Sides Instead.

Well, it’s Thanksgiving again, the only time of the year that turkeys are culturally salient. And, thus, the only time of the year the opinion—based in fact but opinion nonetheless—is also relevant that turkey, as a thing to put into an oven (or deep fryer or smoker) and then onto a table and then into our mouths, is a very dull idea indeed. Let me be clear, contrary to popular opinion, as a bird, turkeys are not dumb. They’re not like My Octopus Teacher-level smart but they’re not like the notoriously idiotic kakapo either. They’re like fine. B, B+. But as a food they stink. Flavorless, character-free, gargantuan, easy to under- or overcook and hard to love. The whole roasted turkey has no place on our holiday table.

My first realization that turkey is bullshit arose simultaneously with the realization that all Norman Rockwell is, to a greater or lesser extent, bullshit. Like many school aged runts, I had ingested Norman Rockwell’s painting of idealized Thanksgiving along with whatever other jingoistic painterly pablum of rosy Americana at so young an age that the turkey seemed preternaturally attached to not only the Thanksgiving table, but all that that table meant: family, happiness, home.

From a formal standpoint, the painting in question, entitled Freedom from Want, is among his best. Technically brilliant and psychologically taut, a matriarch serves her family a Thanksgiving feast while the assorted family members banter over a set table. According to art critic Deborah Solomon, “The dinner plates, the freshly ironed linen tablecloth, the woman’s apron, the diaphanous curtains—these various white objects make the painting one of the most ambitious plays of white-on-white since Whistler’s Symphony in White No. 1.”

Norman Rockwell’s Freedom From Want, or, AKA, Bullshit.

All is going well until Normie goes and puts a big ol’ fucking turkey in the center of it, thereby spinning a fable of domestic and familial bliss around the golden carcass, which has, in turn, meant that every family who ever wanted to emulate that idealized tableau went out and bought a turkey. (And that means for most of my life, and the lives of many Americans, we build a holiday around ingesting a bird too often dry, too often bland, too often so big it’s like we’re eating a toddler. And ovens get spoilt and tempers flare and fingers and feelings are burned. Why? Because we’ve been sold turkey as the balm for all want. No wonder Thanksgiving is known for its rancor. It’s built on a lie, the lie that turkey is delicious.

But perhaps the days of turkeys are numbered. The moment of turkey obsolescence is precipitated for a few reasons. One, more and more Americans are forsaking meat. According to a recent Gallup poll, nearly one in four Americans have cut back their meat consumption. Secondly, everything is run by people in their twenties, the generation most likely to be least likely to like eating meat. This is a generation eighty years removed from Rockwell’s peak fantasy. And that means old men like me are joyously irrelevant, along with our outdated notions of patriarchy, tradition, and turkey gorging. And that means perhaps a large, whole roasted turkey, with its prodigal expanses of lilywhite flesh, need not be the sun around which all revolves.

So finally, maybe those side dishes, once crowded around the platter, can instead become the stars themselves. Thanksgiving could be a polyphony, a chorus, an orgy of green beans, cranberry sauce, stuffing, mashed potatoes getting into all sorts of weird shit now that turkey has left the building. Not, to be clear, that turkey should never be consumed. Turkey sandwiches are the bomb. Turkey chili in the fall is the best bowl a man can have. Every single goddamn Renaissance Fair and Disneyland should serve turkey legs that dwarf our hands and make our mouths miniature. These are all good uses of turkey. There are, in fact, many places turkey should be eaten. But the thanksgiving table isn’t one.

Are You An Extrovert Or Introvert By Your Fave Foods

Build A 6-Course Meal To Find Out Your Future