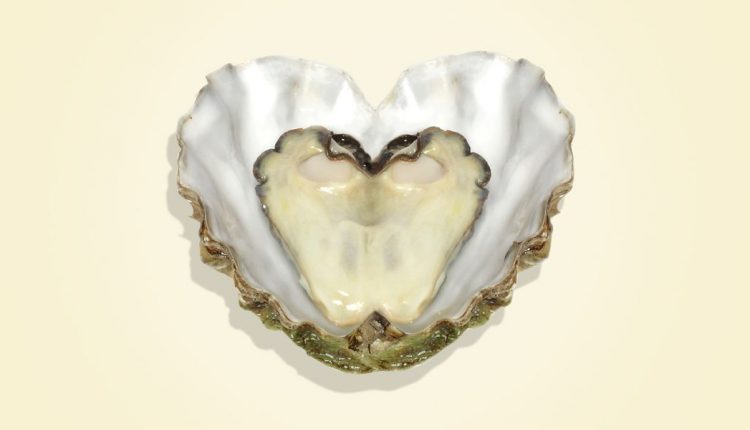 Why Going to a Restaurant On Valentine’s Day Is Good

We all dread Valentines Day but perhaps opthamologists do the most. Their offices are flooded each year with men who have rolled their eyes so hard at the holiday their eyeballs get stuck in that weird zombie position and they need a brisk cuff on the ears to dislodge them back to normal. Hell, that might even be true. It should be true. Words can hardly describe the contempt in which many hold this holiday, a heart-shaped trap set to ensnare those of us in relationships with unmeetable expectations and those of us not in a suckhole of self-pitying sadness. The only prudent course of action it seems is to roll our eyes and aver that Valentine’s Day is not a big deal anyway. But the thing is, Valentine’s Day is not not a big deal. It means something. But what? Also, why?

Let me holler at you about oysters. Oysters are long associated with the goddess Aphrodite, who sprung from the ocean in a shell like a baddie. According to the ancients, the body of an oyster looks like foam ↣foam looks like semen↣ semen looks like foam↣Aphrodite means the foam-born, since she was born from waves inseminated by Kronos’ semen / foam and finally​​↣oysters are an Aphrodisiac. I always thought oysters were an aphrodisiac because they’re like the Georgia O’Keeffe paintings of oceanic bivalves. To my chagrin, it turns out, they make me amorous because they look like, well, you know.

At any rate, oysters became love-making food a long time ago. And now they’re on every goddamn prix fixe menu on Valentine’s Day, along with champers, chocolate bonbons for dessert and optional take-home bouquets of flowers. Oysters. Chocolates. Red Roses. Champagne. Cards. Jewelry. These are all essential elements in the concatenation of total bullshit of which Valentine’s Day is constructed. When closely examined, each entry in the elaborate symbology of love has been created for the sole purpose of generating income for somebody. Call it Big Love: restaurants, florists, jewelers, wine importers, greeting card company impresarios.

So celebrating Valentine’s Day feels like admitting you’re a rube. A bouquet of red roses is a white flag of surrender. A nice prix fixe dinner is capitulation. No matter how nice the dinner is or how enticing the oysters are, couchant on their bed of ice, shimmering with mignonette. What I’m saying is, for those of you who say Valentine’s Day isn’t a big deal, I see you.

But let us turn again to the oyster, signal bivalve of desire.

Once New York City, where I live, was the oyster capital of the world. In the 1600s, there were 220,000 acres of oyster reefs in the New York harbor. According to Mark Kurlansky, author of The Big Oyster, “Before the 20th century, when people thought of New York, they thought of oysters. This is what New York was to the world—a great oceangoing port where people ate succulent local oysters from their harbor. Visitors looked forward to trying them. New Yorkers ate them constantly. They also sold them by the millions.” But as the city grew, our ordure bespoiled the waterways, rendering them inhabitable for the oyster beds. In 1927, the last of New York’s oyster beds closed and the harbor was given over to filth.

That started to change in 1972, with the passage of the Clean Water Act, which prohibited the dumping of raw sewage into the harbor such that by 2000, oysters could indeed survive in our waters. Then in 2014, the Billion Oyster Project launched with the aim of introducing one billion oysters to the New York harbor. And in order to do that, the organization, in conjunction with the New York City of Environmental Protection, started creating artificial reefs. They ground up thousands of old toilets from New York City public schools and sunk them in Jamaica Bay. Elsewhere, there are 404 car carcasses, 10 Good Humor trucks and 16 rail cars four miles south of Atlantic Beach. Bridge debris from the Tappan Zee Bridge (now the Mario Cuomo Bridge) was deposited 1.6 nautical miles south of Rockaway Beach. Onto these and other totally fake-ass concatenations of total bullshit—from an organic marine life point of view—millions of oysters have taken root.

See the oyster doesn’t care if his home is a rock, a reef or a ground up toilet. The artificiality of the anchor is immaterial to his reality. And once established, the oyster—by an evolutionarily ingenious method of filtration— actually cleans the impurities from the water that surrounds it, up to 50 gallons a day. We can all learn from the oyster this Valentine’s Day.

Valentine’s Day might not be a big deal. But love is, especially to your lover. (Or life partner, main squeeze, ENM Hinge hookup whose love language is acts of service, whatever.) Despite the patent artificiality of the holiday itself, its shiny lacy surface is—or can be—a reef of sorts on which true feeling can take root. The amorous estuary of Valentine’s Day is befouled by the flotsam of capitalism but it needn’t remain thus polluted forever. Yes, prix fixe menus are bald-faced plays at revenue generation, but they can also be delicious and extravagant and, dare I say it, romantic. Chocolates are, of course, cliché but as a gesture—for that is what they truly are— are unparalleled. In fact precisely because they are cliche they are effective as a gesture. And oysters aren’t just aphrodisiacs, because we’re told they are or because they look like man-foam, but because they purify the sea of love from their strangely laid beds.

16 Husbands Whose Mistakes Will Keep Them Really, Really Humble