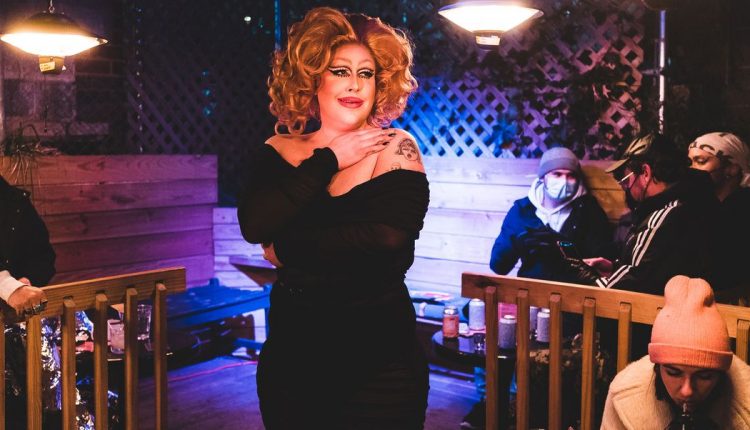 With COVID vaccines being widely distributed throughout much of the country, the end of the pandemic is in sight. But businesses are still struggling to stay afloat, even as things slowly open back up. There are stories from all over the country, especially in New York City, of storied hotspots shuttering as a result of the shutdown (R.I.P., Therapy and 9th Avenue Saloon!) But even before quarantine, there has always been a high turnover rate for queer spaces in the city. Eric Sosa was already taking a risk by choosing Park Slope as the home for his new gay bar Good Judy, occupying the space previously held by another LGBTQ+ bar called Excelsior that went out of business in 2019, after 20 years in the neighborhood due to rising rent costs. The build out for Good Judy was done in January of 2020, and their liquor license finally came through just a few days before everything stopped. It was just bad timing for Good Judy.

Sosa is no stranger to the nightlife scene. He spent several years as a talent buyer at venues all around town with the dream of opening up a place of his own some day. That dream came true in 2015 when he and business partners Mike Zuco and Sam Gilliland opened C’mon Everybody in Bed Stuy. He describes it as “a venue that is deeply invested in community and showcasing Queer and BIPOC artists.” They had a similar goal in mind for Good Judy. “We wanted to open an inclusive queer bar that felt positive and really embraced the idea of community, similar to what we started at C’mon Everybody. Good Judy just felt like the perfect name for this concept.”

As soon as the orders to shut down were released, it became clear that the new bar wouldn’t be opening on time…or perhaps not at all. “We were shocked in the beginning and we didn’t know how we were going to pull this off. We were so deep in debt from the buildout of the space that there was really no turning back for us. Thankfully our landlord has been incredibly understanding and flexible during this time. He gave us more backyard space to hold more seated guests, and reduced our rent in half for most of 2020.” Eric told me. The bar also received immense support from the community prior to opening through crowd-funding and even when they finally opened their doors in July of 2020, people showed up masked and ready to drink. “Our official opening day was July 11th and it exceeded our expectations. We were slammed all day and night and we had to take a moment to realize that we really did it – we made it happen through all of the uncertainty and chaos of the pandemic.”

Of course not everything went according to plan. The original vision to turn the second floor of the bar into an intimate piano lounge was put on hold until occupancy restrictions and indoor dining rules were lifted. It was also never in the cards for Good Judy to serve food, but Governor Cuomo dealt them that hand with his law requiring all bars and restaurants to do so with liquor sales. Eric explained, “We never thought we would have food or do table service here, so that was an adjustment and it’s worked out well for us so far. We’ve had to be strict with guests as far as making sure they follow the rules. It’s not the most ideal situation but we have to make sure that everyone is complying and taking not only their safety seriously but the safety of everyone else in the space.” Honestly, you’d never know that their pretzel bites with pimento cheese or vegan hot dogs were part of a forced regulation. They’re even available on Grubhub.

Since opening, the staff has been following all safety guidelines while creating a welcoming and inclusive home for the local queer community and their allies. My fiancé and I moved into our first apartment together in September of 2020 and were psyched to find that Good Judy is the closest bar to our new place. We’ve been there for celebratory occasions, like our first weekend living together, and it’s our go-to spot for low-key date nights or whenever a friend comes to visit. Based on the steady stream of customers who seem to be there from opening to closing most days, it’s clear that Good Judy is reinvigorating the queer presence in Park Slope. They’re serving up plenty of glitter jello shots, cleverly named cocktails during drag performances by local queens, and Dyke Saison during their weekly Sunday Beer Blast. Now that restrictions are loosening, they’re accepting reservations for ticketed shows in the upstairs event space like screenings of Pose and RuPaul’s Drag Race. Full capacity returns to the city just in time for Pride month, which means making up for lost time.

When asked what he’d like to see happen on the first day of 100% occupancy, Eric responded, “Queer joy! Dancing, laughing, hugging—all of the simple things in life that we took for granted before our world changed.” There has been so much speculation about how long it will take New York City to bounce back after getting hit hard by the pandemic. The day queer folks can fill up a dancefloor and be our sloppy silly selves while a DJ plays remixes of our favorite pop divas will be a huge step toward that normalcy we’ve all been craving. Everyone could use a glitter jello shot (or six) after the last 15 months we’ve had, and we could also use a neighborhood bar like Good Judy.

Adam Schubak
Partnerships Editor
Adam is a writer based out of New York City who loves video games, horror movies, and cats (the musical and the animal.)

25 Foods And Ingredients That Are Only Found In The US

Boston’s Best Cake by the Slice