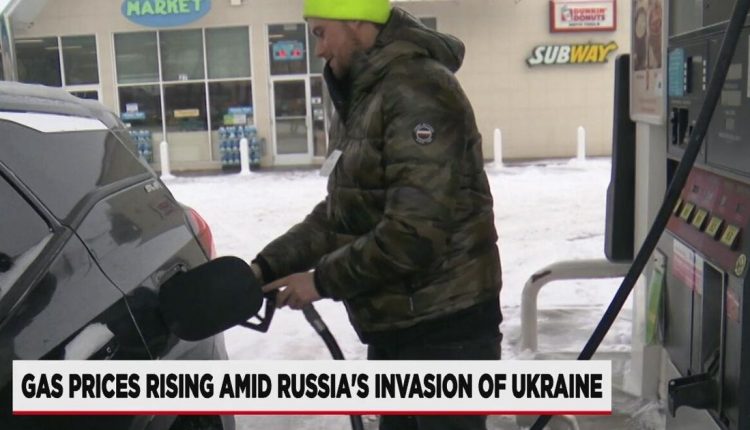 SPRINGFIELD, MA (WGGB/WSHM)– The rising cost of gasoline catching the attention of many people right now, after a spike in oil prices Thursday.

We’re getting answers on how much more you can expect to pay to fill up your tank.

“Approximately $32 and now I’m pumping $40 because I have a good size tank. a 20 gallon tank,” said Rich Dybski, a Chicopee resident.

Gas prices on the rise after the cost of oil hit a new high since 2014 following Russia’s invasion of Ukraine.

“In Massachusetts the average increase is three cents just over yesterday…The situation in Ukraine is certainly going to keep gas prices elevated and prices steadily increased over the past few months even before the situation with Russia and Ukraine came to ahead,” said Mark Schieldrop, AAA spokesperson.

Schieldrop told us prices have been on the rise over the past couple months. We took a look at prices nationally. A three-cent increase on average since the invasion. and a 25-cent increase since last month.

And customers at a Pride station in Chicopee are seeing an impact.

“I’m one of the lucky ones I don’t travel too far for work so that’s another plus. But for people that have to travel to different towns like Connecticut or even further they are the ones that are really hurting,” said Dybski.

Schieldrop shared some tips to try and limit how often you visit the pump.

“Your driving habits. just by easing up on the accelerator a little bit and moderating your speed and not being so aggressive behind the wheel you could save 10 to 20% and increase your fuel economy by a good amount,” he said.

He said future of prices will remain uncertain as oil prices easily fluctuate.

“The oil industry is very speculative. And often with special of markets people react on emotion so yesterday we saw the invasion happened and it oil prices immediately shot upwards,” he said.

As for whether it’s worth it to drive around looking for cheaper gas prices, Schieldrop said it is only really worth it if you have a large tank over 20 gallons or use premium gasoline.