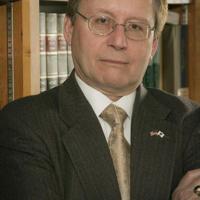 BOSTON — Pledging to put an end to “wokeness” in the office, Bourne attorney and 2018 Republican nominee for attorney general Jay McMahon plans to launch another campaign this year to be elected as the state’s top law enforcement official, the Massachusetts Republican Party announced Tuesday.

McMahon, who earned about 800,000 votes or 30% of the total in the 2018 attorney general contest, would be the first Republican candidate to jump into the race for the job that Maura Healey is giving up to run for governor. Healey featured prominently in the announcement the MassGOP put out for McMahon, who like party Chairman Jim Lyons, is a staunch supporter of former President Donald Trump.

“Maura Healey has used the office of the Massachusetts Attorney General for her extreme left wing ‘woke’ political agenda, but has ignored the plight of our first responders who are now being targeted and fired over unconstitutional vaccine mandates,” said McMahon, who worked as a police officer in the 1970s. He added, “I will stand up for the individual rights of our first responder heroes. I will stand with the police and fire unions for their members who have been fired because of the mandates. I will join in their litigation to keep further members from being fired. And I will initiate further litigation to help those who have been fired to recover their jobs.”

At another point in the statement, McMahon said: “The ‘wokeness’ coming from our political leaders has to end. We are placing more concerned (sic) for the perpetrators of crimes than we are the victims of crime. My only agenda for this office will be to enforce individual civil rights and liberties, prosecute criminals, and keep the citizens of the Commonwealth safe.”

McMahon also pledged that as attorney general he would “make it my job to help municipal police officers who arrest someone” for a crime that any district attorney has said they will not prosecute, an apparent reference to the policy that Rachael Rollins put in place during her time as the chief Suffolk County prosecutor to not pursue charges for what she considered low-level offenses.

“When those district attorneys will not prosecute them, my office will step up and prosecute those crimes on behalf of those police officers. We just cannot refuse to enforce the law and let anarchy rein in our streets,” he said.

A McMahon-led AG’s office would “make it brutally difficult for drug dealers and thugs to ply their trade in this state” and would combat the opioid crisis, which claimed the life of McMahon’s oldest child, by applying laws related to selling drugs in a school zone to all Massachusetts streets.

“And we need to give quality rehabilitative care to the opiate addict whereby they are actually healed from their addiction, and thus giving them their lives back,” McMahon said.

The announcement of McMahon’s candidacy came from the MassGOP rather than McMahon. A party spokesman did not immediately respond to News Service questions about the party’s support for McMahon and whether the apparent coordination between the campaign and the party might discourage other Republicans from running for attorney general.