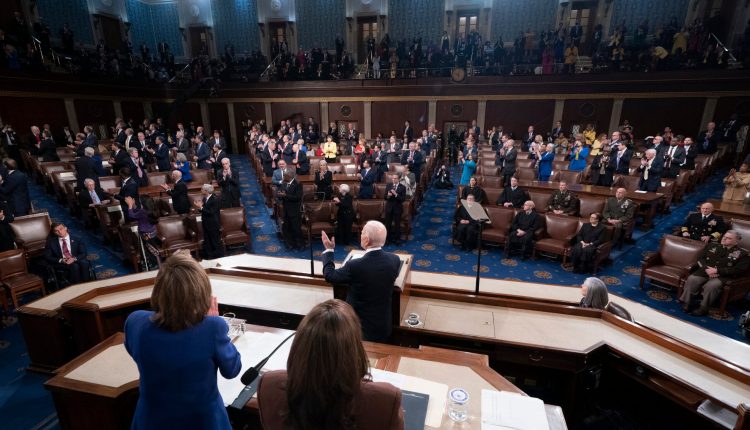 Here’s what Mass. legislators think about Biden’s first State of the Union

President Joe Biden recited an energetic first-ever State of the Union address Tuesday night. The president touched on everything from the invasion of Ukraine to soaring drug prices at home.

Many of the Massachusetts Congressional delegation shared their thoughts on the speech and what parts of his agenda they are most excited to work on.

“Tonight, President Biden spoke directly to the American people, acknowledging their pain and reinforcing the ways our nation is on the path to being stronger than ever,” Massachusetts 1st Congressional District Rep. Richard Neal said in a statement.

“I applaud President Biden’s strong display of our values at home and abroad. Tonight, he pledged to the Ukrainian people that the United States has their backs.”

Sen. Elizabeth Warren tweeted her support for Biden’s policies throughout the address.

Katherine Clark, Massachusetts 5th Congressional District Representative, tweeted her support for cutting the cost of insulin, as well as for subsidizing childcare.

In his tweets about the address, Massachusetts 2nd Congressional District Rep. Jim McGovern praised Biden’s focus on diplomacy, his support for the LGBTQ+ and trans youth in particular through the Equality Act, and his plan to curb inflation without cutting wages.

Seth Moulton, Massachusetts 6th Congressional District Representative, tweeted his support for the way Biden has been leading the country out of the pandemic, as well as his mentioning of a new mental health hotline that will launch this summer.

Boston to lift mask mandate for businesses, other venues | News