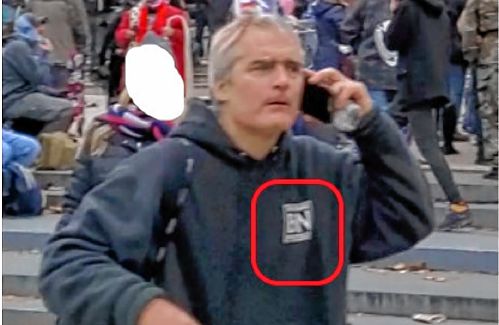 The Recorder – Accused Capitol rioter from Athol pleads not guilty in D.C. court

The Athol man who was arrested in connection with the Jan. 6, 2021, riot at the U.S. Capitol pleaded not guilty to seven federal charges in the U.S. District Court for the District of Columbia on Tuesday and was released on personal recognizance.

Vincent J. Gillespie, 60, a former resident of Greenfield and Easthampton, appeared remotely before Magistrate Judge Zia Faruqui, who applied the court’s standard conditions of release. These include staying away from Washington D.C., except for court appearances and consultations with his attorney.

A grand jury indicted Gillespie on Feb. 25. He also faces charges in the U.S. District Court for the District of Massachusetts, where he has also pleaded not guilty.

On Feb. 18, Gillespie was taken into custody in Athol without incident by special agents and officers with the FBI Boston Division’s Western Massachusetts Joint Terrorism Task Force, in conjunction with the Athol Police Department. He was released last week after posting a $10,000 unsecured bond, in which a defendant promises to pay a certain amount if he or she does not follow the conditions of release or appear in court.

In an email to the Greenfield Recorder last week, Gillespie said his attorney had advised him not to speak with the news media.

According to the U.S. Department of Justice, Gillespie allegedly assaulted law enforcement officers by ramming them with a police shield during the U.S. Capitol riot. From at least 4:11 p.m. to at least 4:25 p.m. on Jan. 6, 2021, Gillespie was allegedly among rioters in the Lower West Terrace of the Capitol and engaged in pushing, shoving, yelling and fighting with law enforcement officers.

Supporters of then-President Donald Trump convened at the Ellipse within the National Mall, just south of the White House, on Jan. 6 for the “Save America” rally, where Trump and other speakers continued his claims of widespread voter fraud and irregularities in the 2020 presidential election. Trump told supporters to march to the Capitol building and “peacefully and patriotically make your voices heard,” telling them that “if you don’t fight like hell, you’re not going to have a country anymore.” Former New York City Mayor Rudy Giuliani, Trump’s personal lawyer, called for “trial by combat.” Rep. Mo Brooks, R-Alabama, the rally’s first speaker, told the crowd that “today is the day American patriots start taking down names and kicking a–.” He later falsely claimed the riot was perpetrated by the decentralized left-wing group Antifa.

Supporters marched to the U.S. Capitol and forced their way inside in an attempt to disrupt the Electoral College certification of the 2020 presidential election. At least 138 police officers were injured, and at least four took their own lives within seven months of the riot. Capitol Police Officer Brian Sicknick was pepper-sprayed during the insurrection and suffered two strokes, resulting in his death the following day. Additionally, one woman was shot dead by a Capitol Police officer.

The FBI sought the public’s assistance in identifying involved parties through the scores of photos and videos taken during the attack. Gillespie was previously identified as “AFO-141.” Court documents state a former neighbor of Gillespie, an American Automobile Association employee, three employees of the town of Athol — where Gillespie “frequently” attended meetings and paid his tax bills at Town Hall — and the manager of a local business independently identified Gillespie.

The FBI continues to ask for the public’s help in identifying people who made unlawful entry into the U.S. Capitol and committed other crimes on Jan. 6, 2021. The FBI asks those who have any information on individuals pictured at fbi.gov/wanted/capitol-violence to call 1-800-CALL-FBI or submit an online tip at tips.fbi.gov.

Updates on the status of the investigation into the riot are available at bit.ly/3v9KJCQ.