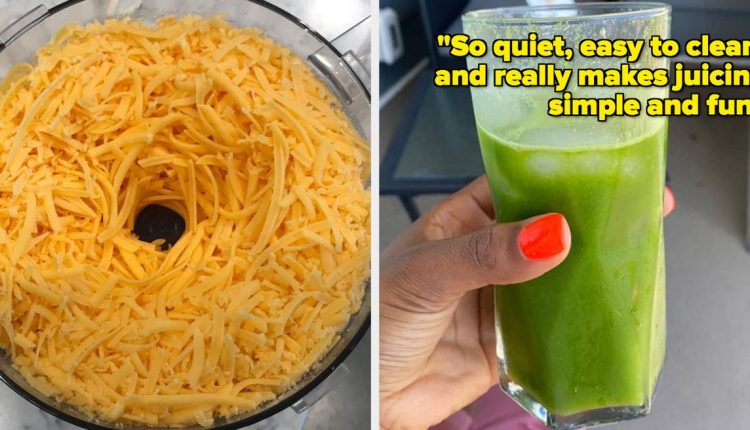 28 Splurge-Worthy Things For Your Kitchen

And, if you’re the type of person who avoids turning on their oven during the summer, just know that this heats up in no time and won’t make your house feel like a sauna, so you’ll actually want to make something other than salad!

I got this total *lifesaver* of an appliance a few months ago, and let me tell you — I love this thing so much I was tempted to remove a family member from my wedding guest list and replace them with this. I got it because my oven has been on the fritz for the better part of a year, and as someone who enjoys spending most weekends tackling a new baking project, I felt lost without having something that would do the actual baking part. Enter: This convection toaster oven, which has quickly become our household’s most-used appliance. At first, I was skeptical and wondered if it would be able to tackle anything beyond a ginger snap, but lo and behold, it’s baked up everything from cakes and cookies to pies beautifully (see photos!). While I mainly use it for baking, we’ve also used it for roasting fish and vegetables — oh, and toast, of course. It heats up in lit-er-al MINUTES, and while you won’t be able to roast your Thanksgiving turkey in it, it’s perfect for weekday/night cooking when you just don’t want to wait for the oven to preheat. It does take up some counter space, but, then again, so did my old toaster that could only be used for…toast. Plus, for someone like me who can barely work a TV remote, it’s incredibly user-friendly, with an easy-to-read digital display. I can’t recommend it enough, and it’s more than worth the money for its versatility, speed, and consistent baking. BUY IT!!!