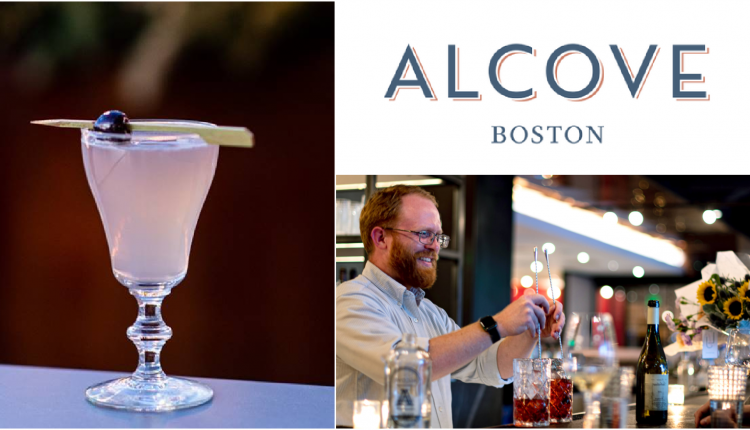 A Fundraising Cocktail at Alcove

Raise a glass and raise some funds at Alcove. Principal Bartender Will Piquette has added a new cocktail to the offerings at the West End restaurant, proceeds from which will be donated to chef Jose Andres’ World Central Kitchen (WCK) in honor of Ukraine.

Named for the official bird of Ukraine and for Ukrainian citizens who are being forced to flee their homeland, Nightingale’s Flight is a twist on an Aviation made with house-infused citrus vodka (a nod to Eastern Europe’s spirit of choice). “We all want to do something to show our support for Ukraine. Our team came together and agreed it was important to raise money to assist Chef Jose Andres and his miraculous WCK; his teams are already on the ground preparing hot meals for the Ukrainian refugees,” Piquette explains.

Nightingale’s Flight is available through the month of March at both lunch and dinner and Alcove is donating $1.00 from the purchase of the cocktail to World Central Kitchen (though you can always just make a donation through the WCK website and just go reward yourself/calm your nerves with a cocktail and soothing views of the water and the Zakim).

When 10 Years of Home-Based Therapy Ends, What Comes Next?