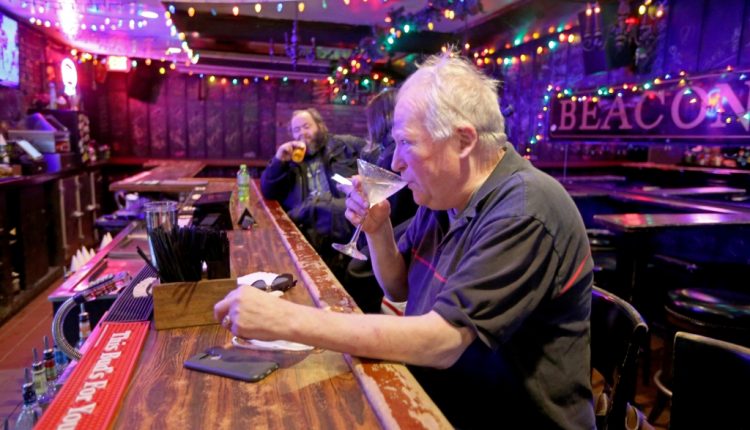 It may finally be last call for another one of Boston’s longstanding dive bars: the license to Beacon Hill Pub on Charles Street changed hands to a new owner who intends to turn it into a restaurant.

“It’s a travesty,” said Tom Savage, a patron of the bar whose father worked in the establishment decades back.

Reports and rumors surrounding the decades-old pub on the flat of the hill have swirled for several years, but Thursday morning the Licensing Board approved a transfer of the bar’s license to a new owner operating under the name 149 Charles Pub LLC. The occupied space is 149 Charles St.

Carolyn Conway, an attorney representing the new owner, Ty Gupta, told the Herald the plan is to hopefully transform that space into a restaurant. She said she couldn’t specify what type of restaurant would take over the pub, but ownership has been interviewing candidates with hopes of making changes this year.

“The building’s really old, and it needs real work,” Conway said, and noted that at this point in the process things “could change at any time.”

The Beacon Hill Pub dates back to at least the 1980s. According to a bartender who spoke to the Herald this week, it remains a popular nightspot with lines out the door Thursdays through Saturdays.

In 2018, an investment firm called Greater Boston Bar Co. bought the Beacon Hill Pub along with the Tam and Boston College-adjacent watering hole Mary Ann’s. CEO Julius Sokol told the Herald last year the company considered themselves “stewards” of those bars, and did everything they could to keep Beacon Hill Pub alive through the pandemic. That equated to updating some aspects of the establishment without changing its character: bartenders began accepting credit cards and offering food that didn’t come from a vending machine.

The layout of the place has changed over the years: a decade ago, pop-a-shot and Big Buck Hunter arcade games occupied one side of the bar, inviting patrons to either play a game or stash their jackets, depending on each machine’s level of disrepair. Now, that space hosts karaoke contests and live music.

But the DNA of the bar has remained the same, regular patrons said.

The pandemic has led to the demise of many well-worn Boston Area bars, including: The Fours, LIR, the Pour House, McGreevey’s, Whiskey’s, People’s Republik, Bukowski Tavern, and Great Scott’s.

Greater Boston Bar Co. also took on a renovation of apartments in the building, above the the bar, in 2021. After selling the building in a multimillion-dollar deal to the new owner last fall, the two sides have been in a legal tussle over the bar’s continuing business — new ownership claims they were supposed to cease operation at the end of 2021.