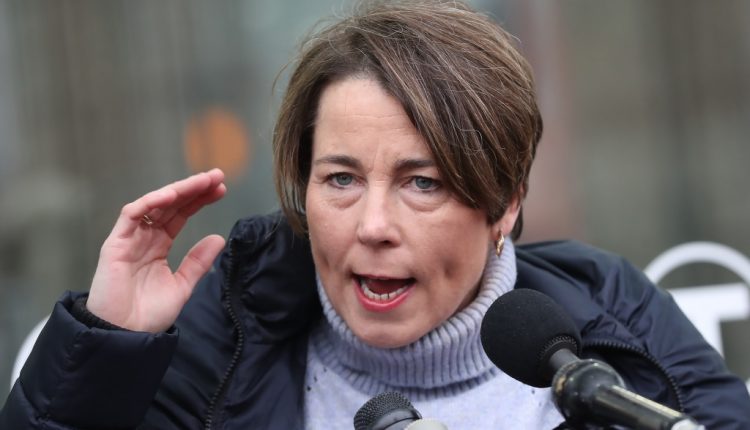 A group of anti-casino residents in Taunton, where the Mashpee Wampanoag plans a $1 billion resort casino, are suing the federal government for a second time over tribal reservation land rights.

The plaintiffs argue that a Biden administration decision in December affirming the tribe’s reservation was unlawful. They say the tribe isn’t eligible for a reservation because it wasn’t an officially recognized tribe in 1934, the year the federal Indian Reorganization Act became law, the Cape Cod Times reported.

The lawsuit names Interior Secretary Debra Haaland and Assistant Secretary for Indian Affairs Bryan Newland as defendants. Taunton residents previously brought a lawsuit against the Department of Interior in 2016.

“We’ve been at war with the federal government and the colonists for over 400 years,” Weeden told the newspaper. “We’ve been fighting our whole lives and will continue to fight for what’s rightfully ours.”

AG Maura Healey is joining with her counterparts from California, Florida, Kentucky, Nebraska, New Jersey, Tennessee and Vermont to launch an investigation into whether social media platform TikTok has violated consumer protection laws.

“As children and teens already grapple with issues of anxiety, social pressure, and depression, we cannot allow social media to further harm their physical health and mental well-being,” Healey said in a statement.

Healey’s office said the probe will explore “whether TikTok is designing, operating, and promoting its social media platform to children, teens and young adults in a manner that causes or exacerbates physical and mental health harms.”