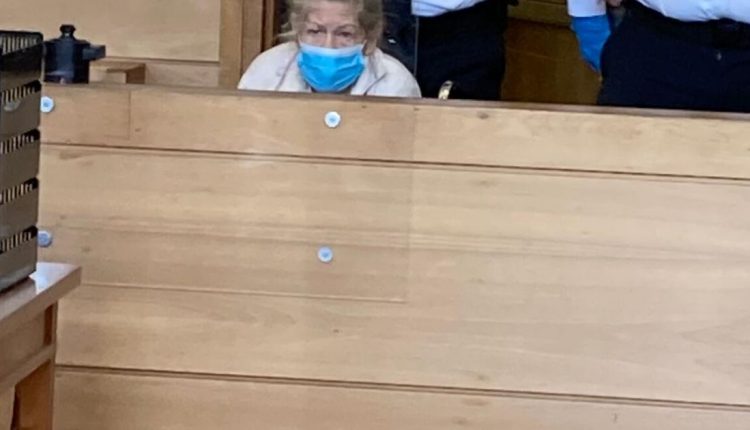 NEWBURY — A Hay Street woman arrested Wednesday after a SWAT team stormed her home was arraigned Thursday in Newburyport District Court and ordered held without bail so she could be evaluated at a hospital.

Police found more than 20 shotguns and rifles inside 63-year-old Patricia Ross’ home after her arrest. In addition to a slew of illegal firearm charges, Ross faces a threatening to commit a crime charge after police say she called the station Wednesday morning and said she was going to shoot police officers.

That threatening prompted police to obtain an arrest warrant and seek a Northeastern Massachusetts Law Enforcement Council SWAT team to help place her in custody.

Ross was in a wheelchair when she was pushed into the courtroom shortly before 11 a.m. on Thursday. She sat motionless as she was arraigned on the charges and told that she would be examined by a court clinician for competency. After the examination, she was transported to a hospital for further evaluation and will remain there until March 23, her next court appearance.

Ross was arrested about 2:30 p.m. Wednesday shortly after dozens of heavily armed police officers converged upon her home.

The team, consisting of specially trained officers from across eastern Massachusetts, used the Morgan Road police parking lot as a stationing area before boarding two armored police vehicles and several other trucks. Most of them were wearing tactical gear and carrying assault-style rifles.

According to a Newbury police report, the SWAT team tried to coax Ross out of her house on her own. When that did not work, they broke into the house and used electronic equipment to find her.

She was found on the second floor among several firearms. Once face to face with police, Ross surrendered without violence.

Newbury police Deputy Chief Patty Fisher wrote that in the hours leading up to the raid, she and Detective Aaron Wojkowski went to her home and asked Ross to come outside to talk. When that failed, another officer came to her house to watch while she and Wojkowski obtained an arrest warrant.

“We determined there was potential risk to officer safety should we approach the home to make contact with Patricia Ross,” Fisher wrote in her report.

Fisher also mentioned that police had seized guns from her home in 2017 and that Ross had made a series of disturbing phone calls to the station in recent days. Due to the very real possibility she would become violent and had access to firearms, police obtained a “high risk” arrest warrant and called NEMLEC for assistance.

On Wednesday, police Chief John Lucey Jr. said activating NEMLEC was done out of “an abundance of caution” but acknowledged the presence of armored vehicles and dozens of heavily armed police officers would cause anxiety among the public.

He stressed that if there was any threat to the public he would have made that clear right away. But in an effort not to tip off Ross, Lucey did not alert the public until all officers had arrived.

According to Fisher’s report, the SWAT team tried different methods to persuade Ross to leave her home. The team was “required to breach the residence,” and then found her on the second floor with firearms in plain view.

After getting a search warrant, officers combed the home for firearms and found dozens of rifles and shotguns as well as some pellet guns. Ross did not have permits or licenses to have them, police added.

A friend of Ross told police that his brother recently moved in with Ross to keep an eye on her due to recent erratic behavior. But the day before her arrest, she “kicked his brother out last night so she had been alone for the last 24 hours,” Fisher wrote in her report.

5 Things to do this weekend | News