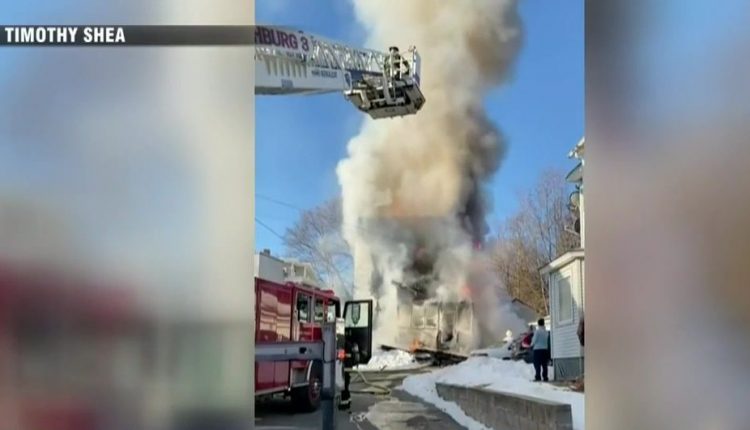 FITCHBURG, MASS. (WHDH) – One person has died and two others were hospitalized after a raging blaze tore through a triple-decker in Fitchburg on Friday morning, officials said.

Firefighters responding to a reported fire on Hartford Street before 7:30 a.m. found heavy flames and smoke pouring out of a home.

Crews were able to rescue one person from the second floor. They were taken to an area hospital where they later succumbed to their injuries, according to a release issued by the State Fire Marshal’s office. Two more people who escaped the building were also transported for medical treatment.

Investigators believe the fire began in a hallway on the first floor near the front right side of the building.

“While it’s still early in the investigation, we know that smoke alarms are important tools for preventing tragedies like this one,” said Fitchburg Fire Chief Dante W. Suarez. “Working smoke alarms should be present on every floor of every home.”

The cause has not yet been determined.

This is a developing story; stay with 7NEWS on-air and online for the latest updates.

If You Love Chips, These Polls Will Be Extra Hard For You