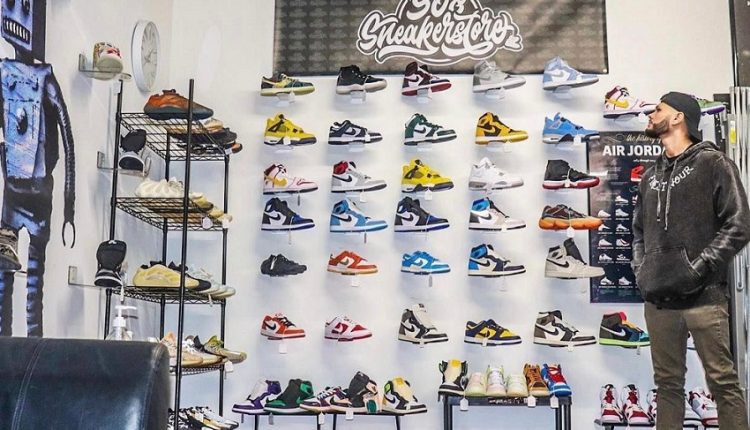 It all started with Breds and fire reds.

A decade ago, Cameron Langlois was still in high school when he used the little extra money he had to buy a pair of Jordan 11s in the famous black and red colorway (“Breds”) and a pair of red Jordan 5s.

Little did he know he was charting a career course.
Now Langlois is the proud owner of The 508Sneakerstore, a thriving footwear store whose buy-sell-trade sneakerhead vibes emanate from the Kilburn Mill on West Rodney French in New Bedford’s South End.

Looking for a hard-to-find pair of Air Jordans? Nike Dunks? Adidas? Yeezy’s? Langlois has you covered with one of the largest and most diversified inventories in the area. From size 3.5 youth to men’s 13, the hottest releases are constantly rotating through 508 Sneakerstore’s fresher-than-fresh stock.

Langlois first shifted from collector to seller on Kixify, an online sneaker marketplace. He quickly grew, using his background in business administration to become the highest level of seller on eBay and StockX, even receiving an award for sales performance from eBay. He is also quick to credit the Facebook group the 508 Sneakerheads and it’s creator Brandon Oliver, “that group is a big part of why my business has grown so successful, so quickly.”

By late 2020, Langlois’ day job was on the ropes after the company he worked for began closing locations. He decided the time was right to go all-in on his side business.

In June 2021 he held a pop-up event in the Kilburn Mill. It went well enough to convince him to move into the location full-time. With invaluable behind-the-scenes help from his brother, Ethan, The 508 SneakerStore officially opened its doors in late 2021, adding brick-and-mortar to Langlois’ thriving online business.

“The owner was super knowledgeable of what he had in stock and spoke to me about his favorites for a while,” wrote Charles Houbre in a Google review. “This spot being so close to home is gonna be dangerous.”

“I was told a business in an old dusty mill that hadn’t had life in it since the ‘80s could never be brought to life,” Langlois recently wrote to his customers on Instagram. “You helped me prove them wrong. I signed a lease on a barren unit not knowing what I would make of it. I spent more time this year on this than anything else, and it couldn’t have paid off more.”

Langlois is planning to expand The 508 SneakerStore into a second unit in the mill as his inventory balloons.

So if you’re looking to buy, sell or trade or you just want to check out the hottest new releases or reminisce about some classic kicks, head down to the Kilburn Mill and see the guy who’s got it all, from the Breds to the fire reds.

Be sure to follow the 508SneakerStore across all the socials, and you can shop his eBay Store 24 hours a day! 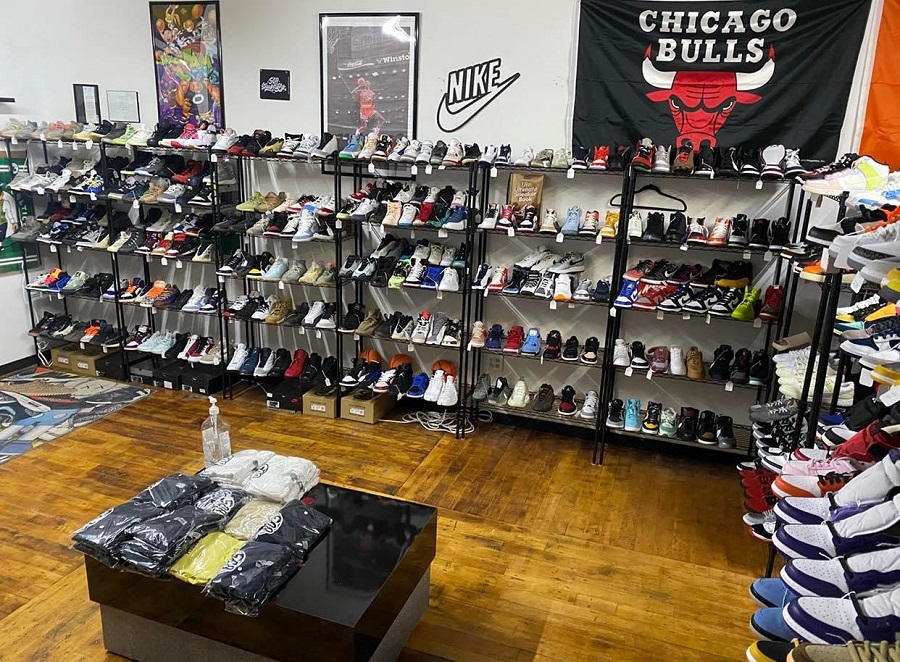 What to know on Russia’s war in Ukraine – Lowell Sun