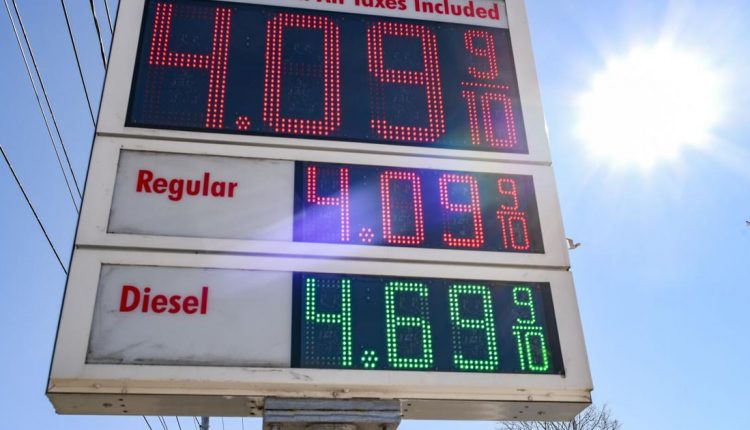 BOSTON — Arielys Morales is careful with every dollar she spends and keeps a tight hold on the purse strings of her family’s modest budget.

But the 31-year-old mother, who works part-time and receives cash assistance from the state, said the rising cost of everything from meat and fresh vegetables to gasoline leaves little money to buy things for her three, school-age children.

“Everything is more expensive,” said Morales, of Mattapan. “It’s hard to do more than buy food and put gas in the car. You have to hold back on a lot of things.”

The state and federal governments have increased monthly cash assistance during the pandemic to help families struggling from the economic impact of the pandemic. They’ve boosted energy assistance to help low-income folks struggling to pay their utility bills.

But the help those social safety net programs provide is being eroded by the highest inflation in 40 years, and Morales’ work pay and benefits don’t go as far as they used to.

Advocates say while inflation is being felt by everyone, price hikes are particularly devastating to lower-income households that were already living on the margins.

“Nearly all their expenses go to necessities — food, energy, housing — which have seen some of the largest increases at different points over the past year,” said Lew Finfer, co-director of the Massachusetts Community Action Network. “People are really struggling.”

In economic terms, inflation is the measure of how fast the prices of goods and services are rising from month to month, and the rate has been increasing dramatically.

Economists attribute the rise to a variety of factors, including high demand for oil and gas around the world, staffing shortages and supply chain disruptions.

A recent Gallup poll found that 45% of American families said they experienced either severe or moderate hardship due to inflation.

President Joe Biden addressed the inflation squeeze during his recent State of the Union address, calling on Congress to pass measures to reduce the cost of prescription drugs, energy and child care.

“With all the bright spots in our economy, record job growth and higher wages, too many families are struggling to keep up with the bills,” Biden said. “Inflation is robbing them of the gains they might otherwise feel.”

On Beacon Hill, policymakers are trying to figure out ways to ease the pain of consumers but there is no comprehensive plan currently on the table.

Gov. Charlie Baker said his buffet of proposed tax cuts, which are being considered by the Legislature, would go a long way to offset the impact of rising inflation.

Baker’s $48.5 billion preliminary budget proposal calls for adjusting income tax laws to increase deductions for low-income renters, expand tax credits for housing and child care and overhaul the “death” tax, among other tax reductions. All told, the tax cuts total $700 million, and would be funded with surplus revenues.

“I certainly think one way we can help people is by taking a little less out of their pockets,” Baker said at a briefing last Monday. “Many of these cuts are directed at seniors and some of the families who’ve been hardest hit by the pandemic.”

Baker said his administration is also working on other ways to ease the inflationary burden on consumers, some of which would require legislative approval.

On Friday, the Baker administration said it will be increasing benefits for the federal Supplemental Nutrition Assistance Program (SNAP), also known as food stamps, providing another $1.4 million in support for low-income families.

Last year, Biden signed an executive order increasing federal food assistance by about 15% for nearly 12 million people who use SNAP and other programs.

But advocates say the state government needs to do more to offset the impact of rising inflation on state public assistance programs and other safety nets.

One proposal that is being considered by lawmakers would increase the state’s primary cash assistance program, known as Transitional Aid to Families with Dependent Children, by 20% a year until they reach half of the federal poverty level and index the monthly payments to inflation for subsequent years.

Last year, Baker and state legislative leaders agreed to increase the monthly benefits for the cash assistance program by about 9.1% — which boosted the maximum payment for a household of three to $612 per month. It was the first increase in more than a decade.

But advocates point out that the inflation rate — which climbed to about 7.5% in January — whittles down the net value of the increase to only about 1.6%.

“It’s simply not enough to make up for the lost value,” said Deborah Harris, a staff attorney at the Massachusetts Law Reform Institute, which counsels low-income families. “We hear from families who have to skimp on clothes and other essential items because the value of the assistance they get has eroded.”

Please Don’t Say We Are Overscheduled