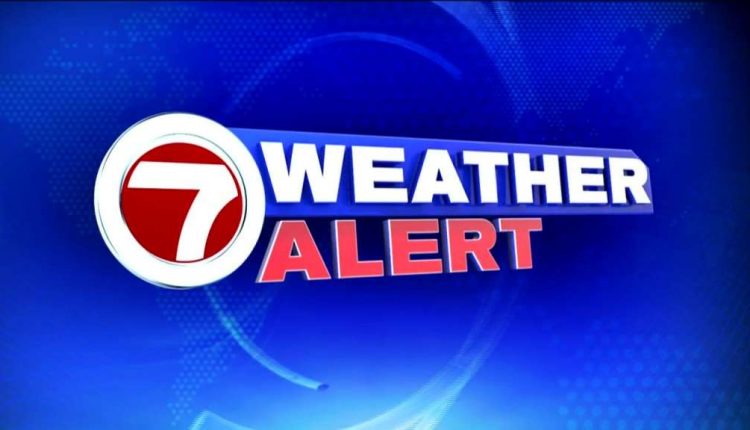 WORCESTER, MASS. (WHDH) – A severe thunderstorm warning was issued for most of much of Massachusetts Monday night as a system of fast-moving storms moved through.

The warning was issued for Essex; Middlesex; Norfolk; Suffolk and extended for Worcester County until 11:15 p.m., according to the National Weather Service.

The warning was originally issued for Hampden; Hampshire; Middlesex and Worcester and expired around 10:30 p.m. as the storms pushed east.

Nearly 6,000 homes and businesses reported that they were without power as of 9:30 p.m., according to the Massachusetts Emergency Management Agency.

The storm is due to clear out by midnight and bring cooler air in for Tuesday when highs are only expected to reach into the 40s.

Wind gusts of up to 60 miles per hour have been detected in some areas. A wind advisory has been put in place for much of the state until around 5 a.m. as that cool air rushes in.