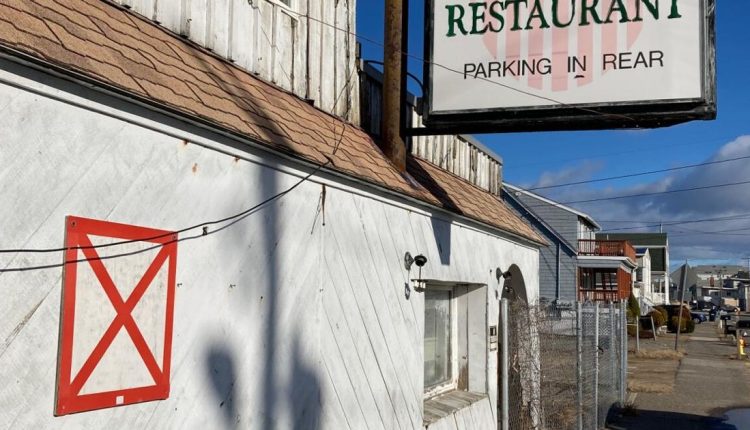 Former Salisbury restaurant to be auctioned by town | News

SALISBURY — For roughly 18 years, the former home of Mangia restaurant on North End Boulevard has remained empty after its former owners abandoned it. Over time, the building slowly decayed until it became so unstable that officials placed a large X on it, warning firefighters not to go inside.

In 2015, and only after a lengthy court battle, the town seized the property from Joyce and Gracemarie Tomaselli after they failed to pay taxes and other fees.

Next month, the town is hoping a developer will take the two parcels of land — 113 and 115 North End Boulevard — off their hands during a public auction scheduled for April 14 at noon at the property.

The two parcels total almost three-fourths of an acre and is only yards away from Salisbury Beach. The building, however, will likely have to be torn down, according to Zekos Group Auctioneers, hired by the town to conduct the auction.

According to the Salisbury Building Department, the parcels are in the town’s beach commercial district and lie within a flood zone. While the zone is primarily residential, the table of uses included in the town’s zoning bylaws allow for some commercial uses, including a bakery, brewpub, motel/hotel or a professional office building.

“Considering the neighborhood is primarily residential, the most likely use will be for a number of detached, single-family dwellings,” Salisbury Zoning Enforcement Officer Scott Vandewalle wrote on Feb. 2.

Because the property lies within a flood zone, the new owner would need to meet Federal Emergency Management Agency requirements as well as the Salisbury Conservation Commission’s coastal dune performance standards. To meet the dune standards, the first floor of any new structure would have to be between 3 and 4 feet above finish grade.

“Typically, new single-family structures in these areas are elevated further by choice to allow parking underneath,” Vandewalle wrote.

That order was placed on hold after she filed for bankruptcy protection, temporarily blocking the town’s ability to take the property. The town finally took over the parcels in 2015 after the Tomasellis exhausted their legal options.

The dispute between Salisbury and the Tomasellis dates back to 1991, after the sisters bought the property and opened a restaurant.

The issue was a long-standing complaint by the women who said they never knew about a sewer betterment requirement and other sewer fees for the property. It eventually led to a tax dispute and a number of unsuccessful lawsuits they filed against the town. In 1994, the restaurant was forced to close for failing to pay taxes.

A Zekos Group Auctioneers official declined earlier this week to say how much the property might fetch, saying they do not give pre-auction estimates.

Those interested in the property will have to fork over a $25,000 deposit to take part in the auction. Bidders must have positive identification and the required deposit amount in the form of a bank check (treasurer’s, cashier’s or certified) to qualify to bid, according to the auction site.