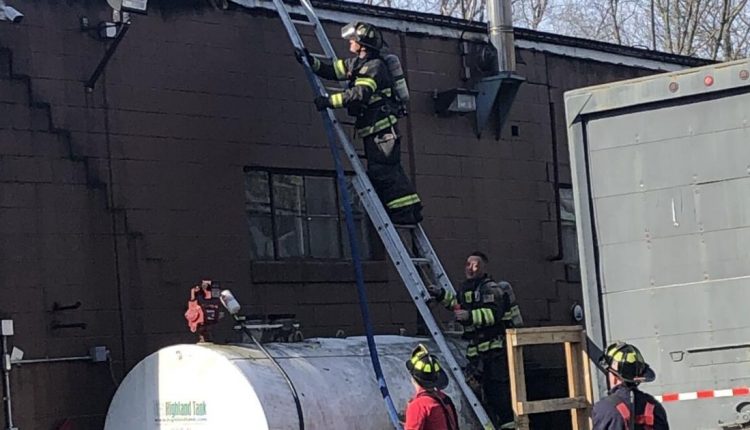 BEVERLY — The general manager of Maestranzi Bros. credited firefighters for keeping damage to a minimum after a fire broke out in a gas holding tank at the Dunham Road business Friday morning.

Paul Allan said the Beverly Fire Department responded quickly to the fire, which started at about 8:30 a.m. in a maintenance area at the back of the long building.

“Nothing bad happened because we’re fortunate that they showed up on time,” Allan said. “Everyone got out safe and there was minimal damage.”

Maestranzi Bros. is a longtime business at 58 Dunham Road that sells and services outdoor power equipment, including snowblowers and lawnmowers. It was started by brothers Richard and Leo Maestranzi and their father more than 60 years ago.

The fire occurred at the back of the long building, away from the customer service section at the front. Allan said Maestranzi’s would be open for business on Saturday.

The heat from the fire ignited the bottom of the roof of the building in the back, so firefighters had to climb onto the roof and dig it out to allow the underlying steel to cool, he said.

“The crews were able to get at it quick from the outside,” said O’Connor.

O’Connor said the whole building filled with smoke. Firefighters and the business set up fans to blow the smoke out.

O’Connor said the cause of the fire is under investigation. He said it did not appear to be suspicious.