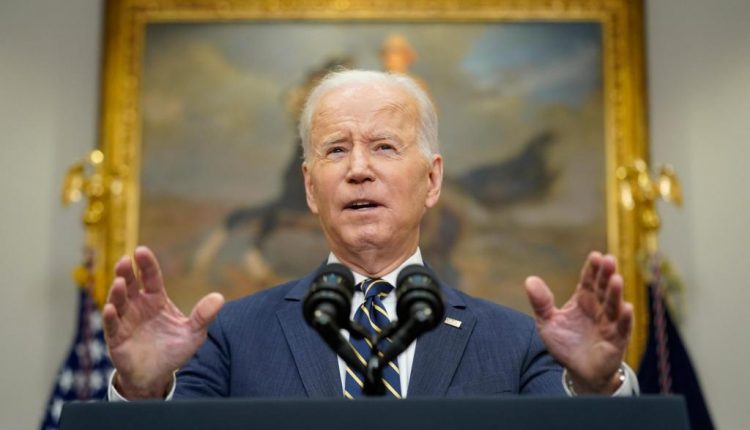 Ahead of the November election, a MassFiscal poll found President Biden is enjoying a wartime boost of support — but he’s getting hammered when it comes to inflation.

As for the Bay State, Maura Healey remains well ahead in her bid for governor.

“The president’s best numbers come in with the conflict with Russia and Ukraine,” said the head of Massachusetts Fiscal Alliance, Paul Craney. “His worst numbers came in when we asked about inflation.”

The survey, conducted among 750 likely Massachusetts voters earlier this week, found that 45.6% of respondents “strongly approve” of Biden’s overall performance, while 41.2% “strongly disapprove.” Almost all the rest of the respondents fell in the middle.

On his handling of the Ukraine-Russia conflict, Biden received a 42.8% strong approval rating, with another 12.9% somewhat approving. Another 3.5% somewhat disapproved, while 26.9% strongly disapproved.

Craney noted that, while Biden’s overall approval rating in the state hasn’t shifted much from last month, Democratic voters have strengthened their approval of the president, many moving from “somewhat approve” to “strongly approve.”

“That probably has a lot to do with the conflict in Europe and Russia,” Craney said, though he added that he was speculating.

“It’s showing that Geoff Diehl and Maura Healey, as we said in February, seem to be the early frontrunners,” Craney said, noting strong momentum for Diehl among Republicans and for Healey among Democrats.

Still, the majority of voters– over 50%– are still undecided about who they’re voting for, leaving those votes up for grabs.