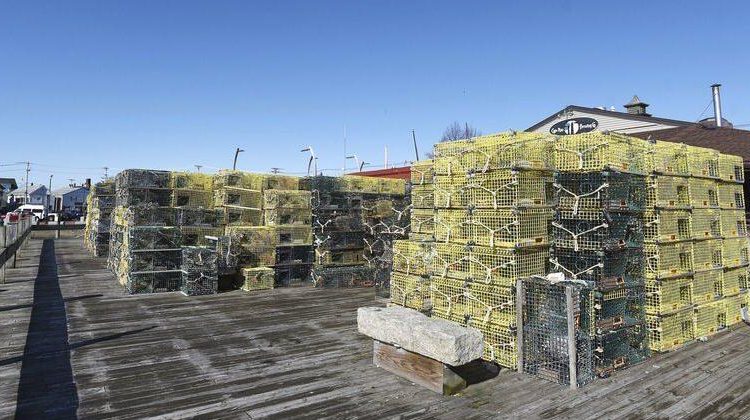 The money is part of the Commerce, Justice and Science Appropriations bill passed by Congress on Thursday. It includes $14 million to help the lobster industry comply with the new rules meant to help the North Atlantic right whale, which number less than 340 in the world.

The rest of the money includes $2 million for lobster and right whale research, monitoring and conservation efforts, according to members of Maine’s congressional delegation, who have been pushing for funding to help the lobster industry. The rest will assist the lobster industry in preparing for the future and help scientists better understand right whale migration patterns, the lawmakers said.

Members of the lobster industry have long said the whale rules make it harder to fish and will cause economic harm.

The rules are designed to prevent the whales from lethal entanglement in commercial fishing gear.

“We are looking forward to seeing these funds realized in Massachusetts for our commercial lobstermen,” said Beth Casoni, executive director for the Massachusetts Lobstermen’s Association, “to help offset the costs of the gear to be compliant with contrivance regulations for the protection of the right whale.”

“We are hoping these funds are available sooner rather than later,” she said.

“That’s double the cost,” she said.

She’s not only hearing about this from Cape Ann lobstermen, but those in New Bedford, Boston, Marblehead and elsewhere around the state.

The lobster fishery is one of the most valuable in the U.S. and was worth more than $700 million at the docks last year in Maine alone.

In Massachusetts, which ranks second behind Maine in lobster landings, 16,688,233 pounds worth $93,122,838 were landed in 2019, according to NOAA Fisheries’ recently released Fisheries of the United States 2019 report. The top five Massachusetts ports for lobster landings in 2019 were Gloucester, New Bedford, Rockport, Plymouth, and Marshfield.

Maine’s delegation said in a statement that the state’s “lobstermen and women have always been good stewards of the environment and have taken numerous actions to protect right whales when the science has warranted it.”

Staff writer Ethan Forman contributed to this report, which also used material from the Associated Press.