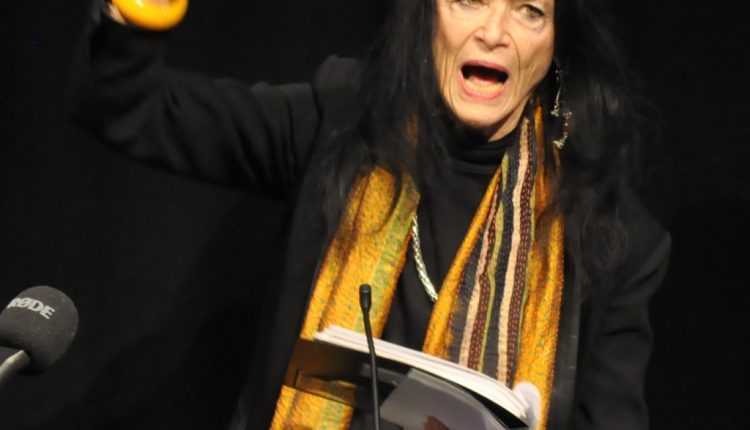 In the 1950s, Jack Kerouac and fellow writers Allen Ginsberg and William Burroughs came to define a new kind of freewheeling American prose in the midst of an otherwise staid decade.

A hundred years after his birth on March 12, 1922, Kerouac, a Lowell, Massachusetts native, is being embraced as a literary icon in his hometown.

The son of French-Canadian immigrants raised in a blue collar neighborhood in the mill town, Kerouac — born Jean-Louis Lebris de Kérouac — is still best known for his 1957 novel “On the Road,” seen at the time as a defining work for what would be dubbed the Beat Generation.

In his hometown, a free Lowell National Historical Park exhibit will open to the public on Friday to showcase Kerouac artifacts including the famed scroll on which he wrote his first draft of “On the Road.”

The show will also include photographer John Suiter’s images depicting Kerouac’s life in Lowell, the Cascade Mountain Range and Mexico, along with photos of Kerouac and friends taken by Ginsberg – some publicly displayed for the first time, courtesy of Ginsberg’s estate.

Many of the exhibit’s artifacts come from the Kerouac archives at UMass Lowell, which is partnering with the city and the Kerouac estate to hold a yearlong celebration of his legacy.

“Few people can claim the impact on American letters and culture that belongs to Jack Kerouac, a proud product of our city’s French-Canadian community whose roots informed his prolific writings,” UMass Lowell Chancellor Jacquie Moloney said in a statement.

The three have also asked that the country honor Kerouac with a commemorative stamp. The U.S. Postal Service’s Citizens’ Stamp Advisory Committee is currently considering the request.
Kerouac died in 1969 at age 47 and is buried in Edson Cemetery in Lowell.

We Tried 8 Of The Most Popular Vegan Chicken Nuggets