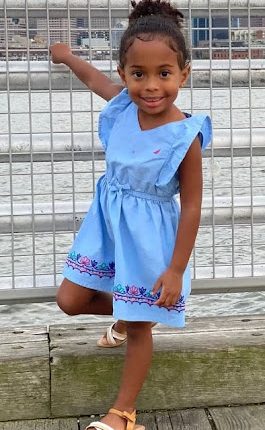 Fund created to help those impacted by fatal Lowell fire

LOWELL — Mayor Sokhary Chau, city officials and nonprofits have created a fund to provide assistance for those impacted by the deadly three-alarm fire in the Highlands on March 3.

The cause of the blaze remains under investigation.

“It is extremely unfortunate that our residents experienced this tragedy,” Chau said in a press release about the fund issued Saturday. “Despite exceptionally brave emergency measures performed by the Lowell fire, police and other first responders, several families were displaced by fire, water and smoke damage.”

In the short term, emergency housing and basic care items were provided to those impacted by the fire through the Red Cross, Community Teamwork Inc. and the Salvation Army, Chau said. However, long-term supplies, including clothing, furniture and other personal items are now needed.

Lowell firefighters responded to the fire  shortly before 2:40 p.m. on March 3. Flames engulfed the three-story, multifamily structure, forcing firefighters to sound a third alarm within minutes of their arrival.

It was announced over the emergency radio broadcast about 4:15 p.m. that the blaze was under control. It was also revealed at that time that a 4-year-old child who had been inside the burning building was unaccounted for.

About four hours later, Lowell Fire Chief Phil Charron revealed the little girl had been found and was deceased.

The child was identified last week as Pietra. She was born in Governador, Valaderes, Brazil, where she spent the first three years of her life, according to her obituary on the McDonough Funeral Home’s website. It was only this past summer when Pietra’s family settled in Lowell.

“She loved her family and they loved her,” the obituary states. “Her family will cherish every moment of the 4 years they had with her. … She was a precious gift, gone all too soon.”

Chau said he, along with former Mayor Bud Caulfield, attended a funeral service for Pietra held on Sunday afternoon.

“I could feel that Pietra was a very precious and loved daughter,” Chau said after the service. “The collages of pictures were of a very cheery and bright little girl with a big personality.”

In addition to the tragic loss of life, the Maude Street fire left the building in ruins and several people without a home.

Shortly after the flames were doused, Chau said he started receiving inquiries from community members who wanted to help the victims. Among those in need of help are Pietra’s family, according to Chau. The mayor said on Sunday that they are “in desperate need of housing.”

“As of right now they are staying with friends, and it’s a little crowded,” Chau said.

Chau added that coordinating support efforts through city departments and agencies that are designed to respond to hardships is cost effective and will insure timely procurement and delivery of assistance.

“It is a time to show compassion and support,” Chau said in the release.

Emergency funds that will be used to assist the victims can be donated to Community Teamwork Inc. through a PayPal account. For more information or questions about how to help, contact Chau’s office at 978-970-4040.