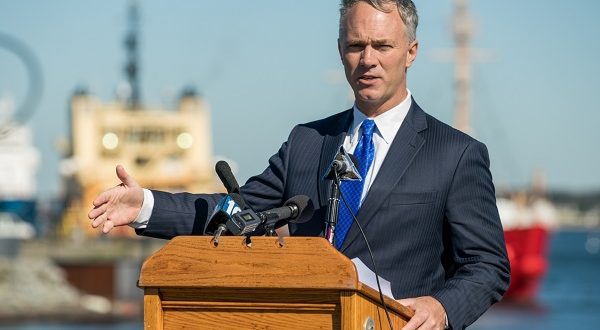 Mayor Jon Mitchell has filed a Home Rule Petition with the City Council that would reform the way New Bedford Fire Department leadership is selected, by removing the positions of Fire Chief and Deputy Fire Chief from the state’s Civil Service System. The measure would not apply to the current holders of the two positions, only to their successors.

The change in the hiring process would allow for the selection of candidates based on their proven leadership capabilities, knowledge, and skills most suited to the needs of the City, rather than a one-time exam or assessment that’s administered by the state and attempts to determine in one day the fitness for the Fire Department’s top executive management positions.

The exam and related assessment process are based on statewide criteria with no content tailored to the specific challenges or needs of New Bedford.

“By making ascension to the top ranks essentially a function of longevity and exam scores, the cultivation of individual leadership ability within the Fire Department is de-incentivized,” Mayor Jon Mitchell said. “No executive management positions in the private sector are filled by one-time tests or evaluations–and with very good reason. It takes time and careful attention to determine whether someone has the leadership skills and disposition to serve effectively in a senior executive role.”

The Mayor added, “The New Bedford City Council voted in 1996 to remove the positions of Police Chief and Deputy Police Chief from Civil Service, precisely because the system constrained the City’s ability to select the best candidates for these positions. New Bedford Fire Department is currently under the capable command of Fire Chief Scott Kruger and Deputy Chief Brian Medeiros. We have an effective leadership team despite the Civil Service system, not because of it. It’s time for the City to take a long-overdue step of removing the 19th-century constraints on leadership and development so that New Bedford will, in future decisions, have the best chance at having the leadership necessary for our Fire Department to perform with maximum effectiveness.”

Many Massachusetts municipalities already have taken steps to remove their Chiefs and/or Deputies from the Civil Service System. Cities including Lowell and Lawrence, and towns including neighboring Dartmouth, all have chosen to have non-Civil Service fire chiefs and/or deputies.

The Civil Service system was enacted in the late 19th century when positions in public employment were subject to minimal standards for appointment, and political patronage was rampant. At the system’s core is the requirement that hiring and promotion be based largely on a written examination that is scored by a state agency, which ordinarily has no distinct tie to New Bedford. This method unduly ties the city’s hands when selecting a fire chief.

The exam objectifies hiring and promotion decisions, effectively erecting a barrier to patronage. Nearly 150 years later, the system still serves that purpose for entry-level employees–but it inhibits the cultivation of leadership necessary to the success of large organizations. Effective organizational leadership requires skills, knowledge, and abilities that cannot be adequately measured on a standardized exam or assessment.