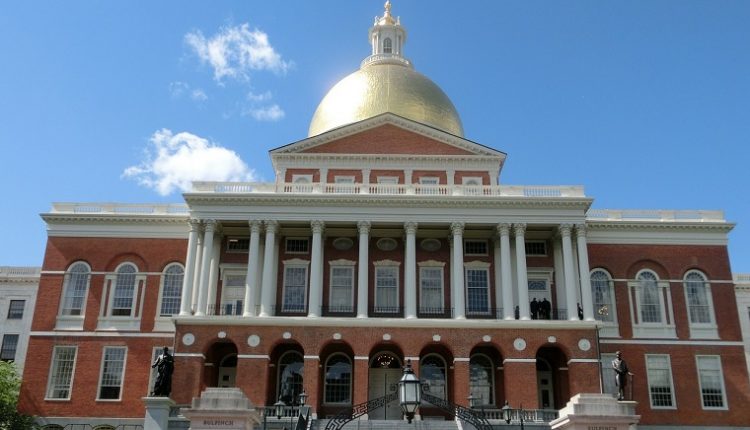 Gov. Charlie Baker on Monday joined top Democrats in throwing cold water on the idea of pausing the state’s gas tax, while Beacon Hill appears no closer to agreement on how to deliver tax relief to residents feeling the twin pinch of soaring gas prices and historic inflation.

After the House last week rejected a Republican-led push to suspend the 24-cents-per-gallon gas tax, House Speaker Ronald Mariano doubled down on that decision, cautioning that it would cost the state “a lot more money” while questioning the benefits it would offer to motorists.

“If you look at what it will do to our bond rating and what it will do to the price of us borrowing money to finance the road and bridge projects that this money is committed to, we find ourselves in a very, very precarious situation,” Mariano said, noting state leaders don’t control gas prices. “In some cases, I saw in California, it was $7 a gallon. Twenty cents off $7 a gallon of gas is really not going to make anyone happy.”

Instead, Mariano said, legislative leaders plan to “look at other ways to ease the inflation burden without taking money away from our potential bond rating.”

Baker, who met privately with Mariano and Senate President Karen Spilka Monday afternoon, signaled his support for the speaker’s outlook while continuing to beat the drum for a package of tax relief he proposed in January.

Asked directly if he supports a cut in the gas tax, Baker replied, “I’d like to see our package move forward. As I said, it’s a $700 million package and is designed to get to a big part of the commonwealth’s population. We would love to see the Legislature move quickly on something like that.”

Baker had previously indicated some interest in exploring gas tax relief before the House rejected the idea. Asked earlier this month if the gas tax would be a target in any attempts to offer immediate relief, Baker replied, “If we were to do something short term, that would probably be the place we would go.”

Baker’s current lack of interest in state action to rein in the gas tax puts him at odds with many House Republicans, who unsuccessfully pushed last week to pause the tax until prices at the pump fall below $3.70 per gallon as part of a $1.6 billion spending bill.

The House rejected the proposed change on an unrecorded voice vote, after which Mariano called the idea a “stunt” and his Revenue Committee chair, Rep. Mark Cusack of Braintree, said his panel is instead “looking at real relief for families, not political gimmicks.”

A similar proposal has not yet emerged in the Senate, but Senate President Karen Spilka on Monday said she agrees that suspending the gas tax “would most likely have a detrimental effect on our bond ratings.”

Massachusetts typically collects about $2 million per day from the gas tax, Spilka said, a figure that is declining as electric vehicles make up a larger share of the market.

“That is another thing that we are looking at: what can we do to continue to decrease our reliance on oil and gas and increase electric vehicles, electric public transportation, electric individual vehicles, so that people do not need to buy gas in the same way,” Spilka said. “I’ve spoken to some people who own total electric vehicles, and they are not paying as close attention as you and I might be to the price of gas. Hopefully, that will increase in the near term.”

The Massachusetts Fiscal Alliance, which supports suspending the gas tax, criticized legislative leaders for their remarks on Monday, arguing that Mariano and Spilka are “failing to see the bigger picture.”

“With record breaking prices being surpassed every few days, spending from working families and businesses will soon begin to decline unless there is some relief on the way,” said MassFiscal spokesperson Paul Craney. “Spring is next weekend and with the warmer weather arriving soon, it means businesses that rely on tourism will begin to start their season. It’s critical that Speaker Mariano and Senate President Spilka are not stuck in neutral. They cannot sit idly by as the economy declines due to their unwillingness to part with a small amount of gas tax revenue. The price of their inaction will cost the Commonwealth a lot more in the long-term.”

Several other states are moving toward action to pause or amend their own gas taxes amid a stretch of record prices fueled largely by Russia’s invasion of Ukraine. In California, Democrat Gov. Gavin Newsom in January suggested suspending a gas tax increase set to take effect in July, and Republican state lawmakers are now seeking an immediate halt to the tax.

Connecticut Gov. Ned Lamont, a Democrat, announced Monday that he would pursue a gas tax holiday through June 30, a move that could entice price shopping among Massachusetts residents near the border.

Baker has been pushing since January to overhaul estate and short-term capital gains taxes, increase tax credits for seniors and child care, boost the tax deduction renters can claim, and increase the minimum income level above which Massachusetts residents must file taxes.

Legislative leaders kicked the deadline for a decision about his $700 million package until May 4, a date that falls after the expected April budget debate in the House.

While top Democrats have signaled an interest in approving some kind of tax relief this session — the remainder of which will play out in an election year — details are scant about the scope or timeline of their plans.

Mariano said Monday that the House is exploring “more broad-based” options to keep more money in Bay Staters’ pockets. Asked for an example, he said, “I don’t have anything right off the top of my head, but we’ve been looking at these things even before the governor presented his tax package, so we are going to take a look at a number of different things.”

“We have no timeline per se,” Mariano said, noting that Baker’s proposals have varying effective dates. “It’s hard to pick a month or a week that we’d be able to pinpoint and say, ‘We’ll deliver on that day.’”