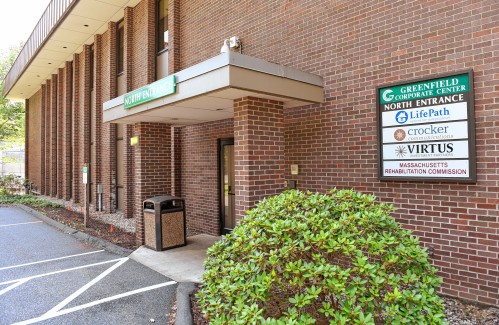 The Recorder – More than 1,700 respond to age-friendly survey; results pending

With March 11 marking the final day for Franklin County and North Quabbin residents over 50 or caregivers to complete the “age-friendly” survey distributed by the Greenfield-based nonprofit LifePath, now comes the work of compiling results and using the responses to improve the lives of older residents.

The survey sought input on topics ranging from daily exercise to internet availability, and from nutrition to health care and financial security.

LifePath Age-Friendly Program Manager Nour Elkhattaby Strauch said the purpose of the survey was to identify the challenges and opportunities that come with a demographic shift that shows, according to AARP (American Association of Retired Persons), by 2034 there will be more people over the age of 65 in the U.S. than people 18 or under for the first time in the country’s history.

“We’re trying to see how we can build communities that are more supportive of older adults and, by extension, more supportive of everybody else in the community,” he said, adding that the overall nationwide effort is being overseen by AARP, while the global initiative is coordinated by the World Health Organization.

Although the survey is closed, Elkhattaby Strauch said LifePath will also organize focus groups and ultimately “take that data that we gather from the community and create an age-friendly action plan that has some short-term, long-term and medium-term goals, in order to start moving toward a community that’s not just responding to problems in the moment, but setting up a better life for older adults — both the physical environment and the social environment.”

“We want to take some of the short-term actions and start implementing them, such as applying for grants,” he said. “We have an advantage, especially in Massachusetts, because there are a lot of organizations funding healthy aging initiatives — certainly more than other parts of the country, and definitely much more than many parts of the world.”

Elkhattaby Strauch said AARP has identified what it refers to as the “eight domains of livability.” He described it as a framework developed to allow communities to determine how older residents live in their city or town.

“The physical environment domains include,” he continued, “housing, transportation, and outdoor/public spaces. The social environment domain includes things like social participation, communication and access to information, community and health services, respect for social inclusion. And there are other things as well; this is just sort of a framework for communities to understand.”

He said many of the communities in LifePath’s service area expressed interest in developing age-friendly strategies for their residents. Similar efforts have been taking place in Massachusetts for the past decade, with the first community to become involved in age-friendly initiatives — Brookline — starting its efforts in 2011.

“The issue here,” said Elkhattaby Strauch, “is that a lot of the towns are so small that the capacity issue makes it really hard. A lot of towns don’t have any staff working on senior services, or they have some volunteers, or maybe a part-timer or senior center director.”

Because of this reality, LifePath applied for a grant to provide assistance to communities in Franklin County and the North Quabbin region to generate age-friendly planning, including help with technical assistance and collaboration among communities. However, he said, while there are some issues that can best be dealt with on a collaborative basis, there are issues particular to each community that can only be addressed by that community. He added that 20 of the 30 towns in LifePath’s service area have joined the age-friendly effort.

In addition to transportation, health care and nutrition, Elkhattaby Strauch said one issue in particular has come to the fore in recent years.

“Something that is really noteworthy in the last couple of years — in a big way, due to the impact of COVID — is a lot of peoples’ priority right now, more than transportation, has become social isolation. It has become the No. 1 issue for a lot of folks because of things shutting down, because of the lack of socialization opportunities, and also — where opportunities do now exist — because people still have some fears about being out in the community. But definitely the mental health aspect of it is something we’re hearing much more often.”

Elkhattaby Strauch said there is no set timeline for developing and implementing age-friendly strategies in the region, adding that more than 1,700 people have responded to the survey. Most of the rest of this year, he said, will be spent analyzing the data gathered, while next year will be dedicated to creating an action plan for implementing the strategies developed.

Greg Vine can be reached at gvineadn@gmail.com.

When Bill Weld defended his appearance at the Southie St. Patrick’s Day breakfast