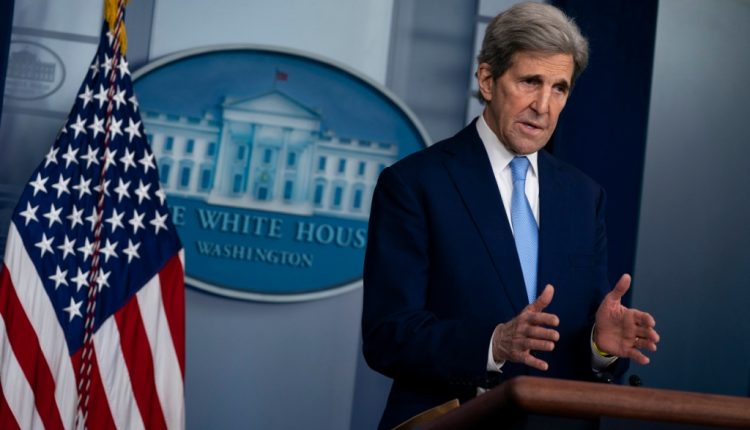 John Kerry says transparency to thee, foreign countries, but not for me

Climate czar John Kerry called for “a new level of transparency and accountability” from governments worldwide to address climate change at the same time his own little corner of government had already been sitting on a simple request for who works there for 140 days.

“We have to stop the BS that is being thrown at us by a number of countries … not to be fed a line, not to be told something that isn’t true,” Kerry told a gathering of youth climate activists at the Youth4Climate event last Sept. 30 in Milan, Italy, ahead of the UN Climate Change Conference in Glasgow (COP26).

“That’s what needs to happen at COP26,” he said, “a new level of transparency and accountability.”

The Special Presidential Envoy for Climate was leading on “transparency and accountability” by dictate and not by example, as his own office will take a total of three years, four months and 19 days to prepare and release a spreadsheet of just who taxpayers are paying to work there.

The Herald filed a Freedom of Information Act (FOIA) request to Kerry’s office on May 13, 2021. Tuesday marks 306 days since the request, which the State Department told the Herald remains “in process” and won’t be ready until Oct. 1, 2024. The department further denied a request for faster processing, because it “does not demonstrate a ‘compelling need’ for the requested information.”

Kerry, during his tenure as Secretary of State in the Obama administration, “sent a department-wide notice reminding employees about their FOIA responsibilities and the need for transparency,” according to a Sept. 8, 2016 Congressional hearing on FOIA compliance in his department.

He summarized his tenure as Secretary of State as one that valued the “strength in the Western values that we were trying to bring to governance,” he told The Global Cable podcast from the University of Pennsylvania on Oct. 11, 2019, “the openness, the transparency, the accountability.”