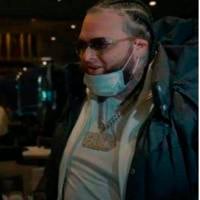 SALEM — A former Salem man admitted Tuesday to being the leader of a drug ring that, prosecutors say, brought hundreds of thousands of counterfeit Percocet pills that actually contained fentanyl to the North Shore over a three-year period.

Vincent “Fatz” Caruso, 27, is expected to be sentenced to 15 to 22 1/2 years in federal prison when he is sentenced on June 30, under the terms of a plea agreement.

Assistant U.S. Attorney Phil Mallard told a federal judge during Tuesday’s hearing that Caruso’s gang had brought the equivalent of 66 pounds of fentanyl to communities north of Boston, disguising the drug as Percocet pills.

The pills typically contained one-tenth of a gram of fentanyl, the prosecutor said, meaning as many as 300,000 worth of pills could have been manufactured, using a pill press investigators later found in a Saugus apartment.

The pills typically sold on the street for $10 to $12, prosecutors have said.

Fentanyl is a synthetic opiate many times more powerful than heroin — and cheaper to produce.

Mallard told Judge Denise Casper that Caruso oversaw a network of distributors and runners — including his own mother, Laurie Caruso, and another woman, Nicole Benton.

Caruso was on the radar of law enforcement on the North Shore for several years, including prior to a raid on a Danvers apartment where police found oxycodone, fentanyl and marijuana, a handgun, and $30,000 in cash, in May, 2018. In 2020, Caruso was charged in state court after searches of locations in Saugus turned up 100 grams of fentanyl, as well as a pill press and multiple firearms, the prosecutor said.

Last year, Salem police turned up approximately $64,000 in a Reliance Row apartment where Caruso was living, one of a network of locations Caruso paid for with drug proceeds, the prosecutor said.

In the course of their investigation, agents found numerous videos posted to social media by Caruso and another associate, Ernest Johnson, in which illegal guns were shown.

Caruso and his associates also used violence at times; Mallard said Caruso was in the car that dropped off two associates at a location in Saugus where a lower-level dealer was beaten and robbed.

Among the weapons later found by law enforcement was an altered Glock 9 millimeter handgun with the serial number removed and modified so that it could be fired automatically.

Mallard told the judge that Caruso laundered the drug proceeds both through purchasing valuables like custom jewelry, watches, luxury cars, and other valuables.

He, along with his mother and Benton, also made frequent trips to The Brook Casino in Seabrook, New Hampshire, placing more than $400,000 in bets on various events in 2021 before they were arrested.

Under the plea agreement, Caruso will forfeit nine guns, $178,000 in cash, Rolex and an Audemars Piguet watches, custom gold medallions, two ATVs and a dirt bike.

Laurie Caruso, 51, pleaded guilty to her role in the organization last month and is awaiting sentencing. Benton pleaded guilty in the case last fall.

Counterfeit prescription pills have been a growing concern of law enforcement, who say the pills purporting to be painkillers, anti-anxiety medications or stimulants like Adderall are being made with fentanyl or methamphetamine.