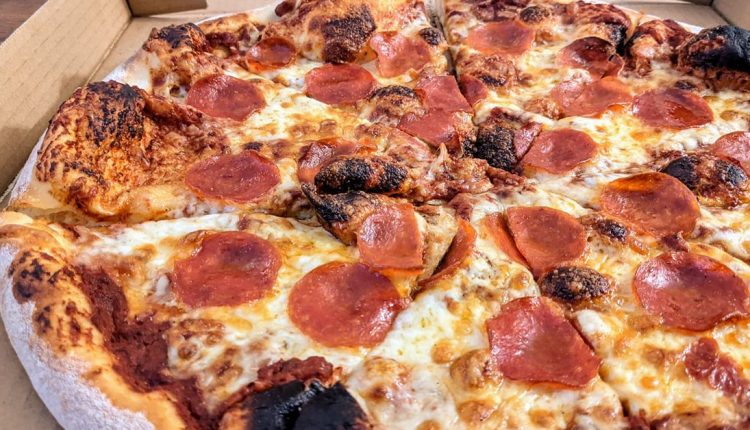 Porter Square landmark Newtowne Grille will close this weekend, March 19, after over 50 years of providing the neighborhood some of the best affordable pizza in town alongside friendly dive bar vibes. The team behind neighboring Thai restaurant Sugar & Spice will reportedly open a new Asian restaurant in its place.

While Newtowne underwent some modernization during the pandemic, up until that point, it had been largely unchanged since opening in 1966, aside from some adjustments when Massachusetts banned smoking in restaurants in 2004. It was a longtime staple for watching sports at the bar, for participating in trivia nights, and for spending just $12 on a large cheese pizza and a pitcher of beer. At a price like that, Newtowne could have gotten away with serving mediocre pizza, but the New York-ish-style pizza with its bubbly thin crust was a crowd-pleaser.

Adjacent to the bar space, Newtowne had a small, bustling takeout counter. Callers would be greeted by a gruff “Newtowne” on the other end of the phone line — gruff but not rude. The hospitality was always there under the rough exterior, and Newtowne cultivated many regulars over the years.

“It’s the type of bar that every neighborhood should have, and we’re very, very lucky to have it,” one regular, Kevin Tyler, told Eater in 2021.

“I could go by myself, and I knew I’d find somebody to have a great conversation with,” said another regular, Jackie Miller. “I knew I’d learn something. All the bartenders knew our names. As soon as I sat down, they had my drink in front of me. It’s just such a welcoming environment.”

Various COVID challenges — and especially false reports that the restaurant had closed permanently during the pandemic — were the final nails in the coffin for the business, as building owner Eric Boyer tells Cambridge Day. “I wish everything stayed the same,” he told the publication. “It’s hard to find a dive bar anymore, and my tenants are like my family.”

In early 2021, Newtowne Grille owner Michael Toulopoulos, whose grandfather and uncle owned the business before him, detailed his pandemic pivots to Eater, describing POS system upgrades to make the restaurant more takeout- and delivery-friendly and bringing on a new chef to revamp the menu. “Every time I turned around, I was making an investment, just waiting for that light at the end of the tunnel,” said Toulopoulos. “But it gets harder and harder when it keeps getting further and further away.”