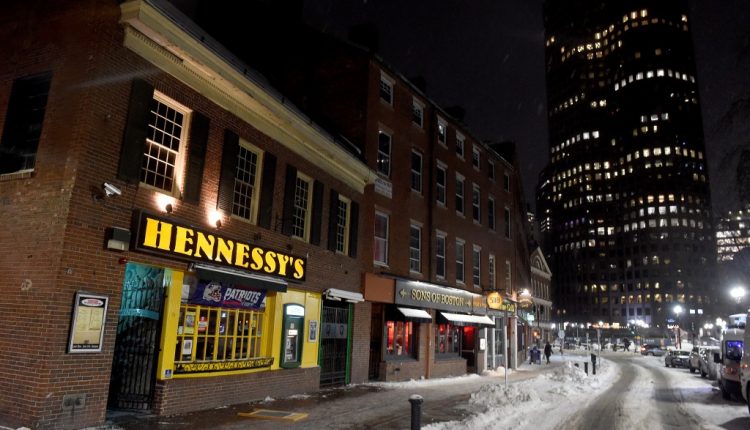 All the popular bars along “the length of Union Street” near Faneuil Hall downtown were shut down after an adult male was stabbed to death.

BPD Superintendent Felipe Colon told reporters at the scene Saturday night that the bars on the street will remain closed until Sunday as homicide detectives investigate.

He also asked for the public’s help in solving the slaying, with anyone who may have witnessed the stabbing urged to call detectives at 617-343-4470 or, if they wish to remain anonymous, 1-800-494-TIPS.

“Upon arrival, officers located an adult male victim suffering from an apparent stab wound. The victim, suffering life-threatening injuries, was transported to a local area hospital where he was pronounced deceased,” police said of the 6:53 p.m. call for the stabbing.

Union Street is one of the most popular night spots in the city located a block from Faneuil Hall and just behind City Hall. The bars will be part of the investigation, but police did not discuss any details of their probe.

Police said there is no threat to the public and they have launched “an active investigation.”